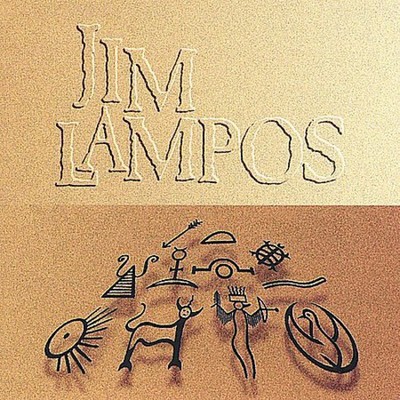 REVIEWS: 'Native American history and motifs are seamlessly blended into the rock-folk format in a work of high ambition and refreshing good taste. It's songs are kept simple, in the tradition of The Band, never losing sight of popular music's inherent strengths, yet the lyrics could keep you busy for days. His NYC references uncover a city hidden from other songwriters. A very special disc.' Soundviews, New York, NY. November, 1994 'Beautifully encased, poetic folk-pop pours from this disc effortlessly. (4 Stars' The Music Paper, Long Island, NY January, 1995 BIO: Jim Lampos is a New York City based singer-songwriter who has gained international recognition for the power and beauty of his music. Touring extensively, he has performed hundreds of shows across the United States, bringing his unique acoustic-roots sound to venues ranging from clubs to concert halls, and coffeehouses to jukejoints. Jim Lampos' 5 CDs: Cosmogram (2004), Rye (2001), Starlight Theatre (2000), Innuendoes of Lafayette (1997), and Dreamland in Flames (1994) have received airplay on over 300 college and public radio stations, reaching the top 10 on playlists and charting on CMJ's AAA and Americana surveys. Jim's work has received excellent reviews from leading newspapers such as the Village Voice, New York Newsday, the New Orleans Times Picayune, and the Concord Monitor. He has appeared on network television, including two installments of VH-1's Midnight Minute, and been featured at noted festivals such as the 1997 Jazz and Heritage Festival in New Orleans and the 2001 Tin Pan South songwriter's festival in Nashville. An accomplished fingerstyle guitarist, evocative vocalist, and engaging performer, Jim Lampos' music has been described by the Virginian-Pilot as 'a roots rock stew full of blues, folk, and country' adding that 'Lampos is a true original.'

Here's what you say about
Jim Lampos - Dreamland in Flames.