John Hickey - Down with the Ship 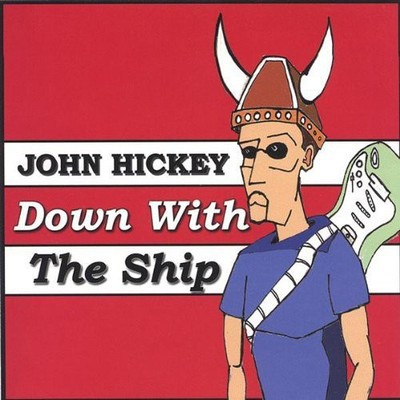 At the age of 27, John Hickey is an up-and-comer in the funk scene. Having played and recorded with George Clinton, Bernie Worrell, and Bootsy Collins, John has been thoroughly schooled by the masters. Yet despite the undeniable influence of these classic funksters, John's music remains fresh, personal, and always...ALWAYS groovin'. John took up the guitar at the age of 14, heavily under the influence of Hendrix, Miles Davis, and James Brown. He relocated from Texas to the tri-state area in his late teens, playing nearly more than half a decade in power trios and developing an aptitude with a wide range of instruments, including guitar, bass, keyboards and drums. In 2001, Hickey became a tech and driver for the WOO Warriors, a band fronted Rock and Roll Hall of Famer Bernie Worrell, original member of Parliament Funkadelic and the Talking Heads. While on tour, Worrell heard John play guitar in music store and decided to let John sit in with the band. Sitting in on one or two songs a night quickly turned into half the set, then the whole set. Little more than a year later, Hickey became the WOO Warriors full-time lead guitar player. As for Worrell's opinion of John's debut album 'Down With The Ship', he believes that... 'John Hickey is gifted and ready for his music to be heard and appreciated.' You can currently see John performing with George Clinton and Parliament Funkadelic, a band that virtually invented the genre of funk rock. John is a featured soloist and appears on the band's latest live album. 'Down With the Ship' includes guest appearances by a number of notable musicians. Bernie Worrell plays keys on track number 4. Legendary Bass Player T.M. Stevens, who has recorded with James Brown, Joe Cocker, Tina Turner and Steve Vai (among others) appears on track 7. Gregg Fitz, from Bootsy's New Rubber Band as well as Quazar lends his vocal and keyboard talents to a number of tracks. Cincinnati area Bass Player Freekbass (produced by Bootsy Collins) can be heard on track 9. Finally, Drummer Garry Sullivan rips through most of the album with a ferocity that can only be expected of a member of the hardcore band, the Cromags. In the two years that he spent recording this album, John has toured the U.S., played on numerous albums, and set himself apart by his artistic and professional integrity. In short, he is an emerging artist to watch.

Here's what you say about
John Hickey - Down with the Ship.