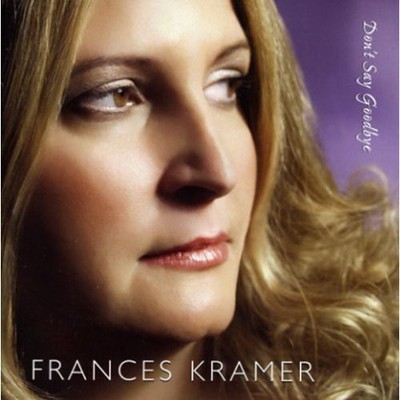 Rocky Hill Records Biography Of Frances Kramer This is what happens when a talented singer/songwriter/ multi-instrumentalist taps into the deep roots of American music with a pop sensibility to create original music that is as entertaining as it is sincere and heartfelt. Raised on classical, pop, folk, and rock music in historic Wethersfield, Connecticut (one of the hippest place to be in the 1600's), Frances Kramer was trained on piano and oboe and self-taught on guitar, banjo, and voice. After making an escape from Bryn Mawr College, she found herself singing country and folk tunes and playing the banjo for a meager living followed by singing and playing guitar in rock bands for no living. While living in a converted school bus camper in the northeast corner of the state, she began to compose poetry and to write songs and instrumental music. Transplanted to New York City, she remained on the fringes of the music scene studying jazz piano and playing world music and R&B, all the while wandering around with a notebook and pencil writing songs, instrumental music, and poems in her own unique style. 'I have a very limited attention span for listening to music (although I can play for hours on end) which motivates me to write music with a lot of melodic and lyrical hooks and a lot of rhythm to keep my and my listeners' attentions. I also never bother to finish a song unless there is a true feeling in it and inspiration to keep it flowing from beginning to end.' The result is a well-written and performed album of originality and integrity the likes of which are becoming rare in today's music scene. 'In order to develop as an artist, there has to be time and space to dream and experiment, which can be hard to manage. I made this recording because I had a great desire to put my personal vision into a fixed form.' This vision to develop as an artist has resulted in a debut album of emotionally compelling music. Don't Say Goodbye is a collection of songs which are new expressions of universal themes and emotions--love, heartbreak, loss, dreams, anger, joy, sorrow, and life's complications--ending with an instrumental acoustic blues. A cover version of Tom Petty's 'American Girl' fits seamlessly with the original material and also provides a kind of theme song for an artist who is truly an 'American Girl,' writing and performing uniquely American music. From the driving blues rock of 'Liar,' the rough and ready blues shuffle of 'Love so Deep,' the Bo Diddley style 'True Love,' the dynamic guitar driven rock of 'Tears of Love' and 'Heartbeat,' and the bluegrass rock of 'I'll Be the One' to the traditional leaning bluegrass of 'I Just Dream about You,' the country pop of 'All My Love,' and the mellow folk rock of 'Don't Say Goodbye,' 'Love You,' and 'Saw You On the Road,' this is truly an album from an artist seeking to entertain and communicate from the heart through well crafted, sung, and played music. The stellar cast of supporting musicians includes world music great, bass player and producer Melik Yirmibir, harmonica virtuoso Rob Papparozzi, fiddler extraordinaire Kenny Kosek, accordian ace Charlie Giordano, and versatile fretted instrumentalist Jon Sholle. Each musician adds his own unique personality and vision to the music. 'It was a great gift to be able to work with these wonderful musicians. They understood my music so well and added so much to it.' Drawing inspiration from such diverse and classic artists as Elvis Presley, Patsy Cline, Harry Nilsson, Randy Newman, Joni Mitchell, The Beatles, Tony Trischka, Jimmy Page, Jeff Beck, Frederic Chopin, Emmy Lou Harris, Robert Johnson, Duane Allman, Lowell George, Bonnie Raitt, Tom Petty, Steve Forbert, Lucinda Williams, and Elvis Costello, Frances Kramer is sure to continue producing exciting original music. This is a one of a kind artist and a one of a kind musical experience for listeners to enjoy. Publicity Contact: FAF Media Debi Fee 310 877 9006 [email protected]

Here's what you say about
Frances Kramer - Dont Say Goodbye.