Lacy Spano - Do You Wanna Dance 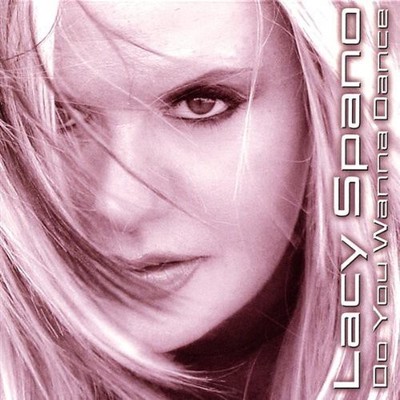 From the age of four Lacy Spano has been one who can deliver. She began singing on the top of her mailbox in Abilene, TX and now delivers the sound of the future. This fresh new sound is going to take the world By-Storm. Lacy has a smooth young style that strattles the Hip-Hop gate, fuses together with Urban Pop, creating the universal style of 'Urban Hip-Pop'. Her Soulty tunes and mesmerizing melodies stroke the soul of any listener. As the industry grows so does Lacy. Her creative expression continues to precede her. In addition to extreme vocal ability, Lacy achieved Musical theater acclaim at the Abilene community & Paramount theaters, starring in such productions as The Sound Of Music, Grease, Cabaret and Annie. Her passion to sing and drive to entertain continues to be the motivating force behind her journey. One of her first projects was a 6-song demo recorded by a local producer/song writer named Kendell Massey. This demo caused a buzz among Abilene's radio station DJ's, which resulted in spins and radio interviews throughout West Texas. Lacys notoriety and personality prompted KISS 100 to offer her a Co-Host position on the morning show entitled 'Leather & Lace'. Unbeknown to Lacy, Her Demo was sent by one of the DJ's at KISS to Howard Rosen Promotion in LA that caught his ear and se t the wheels in motion for her next Project. Howard Rosen Contacted Grammy Nominee Rodney Shelton and the original pop version of 'Do You Wanna Dance' was born. In 2002 the pop single spun on more than 250 radio stations, assuming several top ten positions in the market, with vast listener requests both nationally and abroad. These next few steps helped to create interest, and build a firm base with in the radio industry. Her song was featured on VOA Music Mix, Hosted by Larry London and regular rotation play on DMX. Lacy was then invited to perform her compilation at the Magic 93 Spring Jam in Boise, ID, along with Veteran Young MC, MB Ridaz, Angelina, MADRO and others. With Hard work and determination, Lacy continues to strive for perfection in the business. The steps she has now taken is working with New York Producers/Songwriters and studio owners Devalle 'Groove'Shereef' & Tanya Riley, who have just completed her maxi single. With a track record such as Kelly Price, Loris Holland, Skin Deep and Wu-Tang, Groove continues to produce and write tracks that win. His cosmic vibe has been instrumental in numerous musical compositions such as Woody Allen's 'Everyone says I Love You', Pepsi, Sprite and now the construction of Lacy Spano. Vocal instruction, production, arrangements and additional backgrounds done by Tanya who's classically trained arrangement style, have aided in creating and essence of euphoria. Working with Corey Rooney, Ralph Mc Daniels and members from Tribe called Quest and UTFO have helped to perfect her craft. At The Cosmic Lounge studio, Lacy has completed her EP which includes cuts such as 'Stung Out', 'When it Comes To Love', & a poppin Re-Make to 'Do You Wanna Dance Featuring an off the hook rap by MAGNUM. This Groovy Connection has created a powerful artist with winning tracks for all to enjoy. An additional Drop mix to 'do you wanna dance is featured on the Debut Album West Texas Dayz by Strong Arm Records. Because Lacy's aspirations for Singing, Production, Performing and Writing continue to reach higher plateaus, she dedicates herself to strive for perfection. When not in the studio she travels to Dallas where she is now under the vocal coaching of industry notable Linda Septien, vocal coach for Destiny's Child, Jessica Simpson, 98 Degrees and many others. For Moves she practices under instructor/choreographer Fenten Fulgham who toured with Selina, Paulina Rubio and Ricky Martin. With Superstar quality and capability, Lacy Spano is ready for the world. After a long journey and hard work this much anticipated project is well worth the wait. As radio play grows, as buzz builds, as fusions formats, Urban Hip-Pop style Now presents the Sista-Girl.... Lacy Spano.

Here's what you say about
Lacy Spano - Do You Wanna Dance.