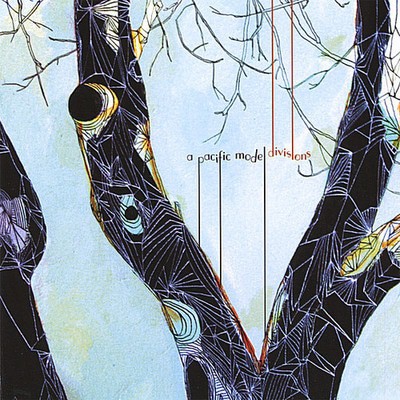 A Pacific Model is a four piece experimental/ambient rock band from the great state of Texas. Created in 2003 by singer and songwriter, Daniel Hazelwood, the band has seen a few variations of faces on both drums and guitars. The line-up is complete now, with Daniel, Sam, Patrick and Adam. A Pacific Model has had a great year thus far, from solidifying their line-up to recording and releasing their debut album, Divisions. Currently the band is promoting Divisions through intimate and engaging live performances, which has awarded them a very loyal and ever-growing fanbase. Members: Daniel Hazelwood-Vocals, Keys, Guitars Adam Skokan-Guinn - Guitars Sam Lee - Bass, Keyboards, Backing Vocals Patrick Gathings - Drums, Percussion Some Press: by Paul Zimmerman First Coast News It seems somewhat appropriate that A Pacific Model hails from Texas. With their home state of Texas being so gargantuan it only makes sense that A Pacific Model's sound is pastoral and expansive. Sounding something like Radiohead, Elbow, the Doves, Sting, and Tortoise glued together in a messy jumble, APM teeters the line between being heavenly, moody, beautiful, and chaotic. At their worst APM crosses over into Sting-ish territory. At their best they sound like the best Elbow tribute band on the planet, sent from another world to grace humanity with widescreen songs of moodiness. Their debut album, Divisions is a magnificent effort for a band that only recently solidified their line-up. It's a very well thought out and played album that seeks to boldly go where no pastoral pop band has gone before. With song titles, like 'Gathering Data' and 'Alpha Centauri,' it's quite possible that APM are a group of alien life forms sent to this world to brainwash humanity through immense vaguely experimental pop songs. Divisions is a slow moving trip through time and space that meanders around galaxies and haunts the soul. It's ethereal feel and whispered instrumentation drift in and out of auditory canals while boring itself deeper into ones soul. It's emotionally stirring and moody stuff to say the least. It's not until the fourth song, 'Perpendicular,' that APM even approaches a song that has some degree of measurable beat. It's the closest tune on Divisions that approaches a normal pop song and it's actually really very good. So much so, should the aliens that possess APM's bodies get wind of this, they should consider this as a new brainwashing technique. An actual pace is not necessarily a bad thing in a pop song. Divisions is spacey goodness. It's like a close encounter of the third kind you can take home to your parents. It's epic in scope and far in reach. It's touching, rousing, and beautiful and while it might spend most of it's time looking to the stars there are moments of pop smarts scattered throughout it that lift this album up. As evidenced on Divisions A Pacific Model are quietly going about converting the world to their way of thinking. With their use of alien technology and techniques, they're destined to achieve this goal whether we want them to or not.

Here's what you say about
A Pacific Model - Divisions.