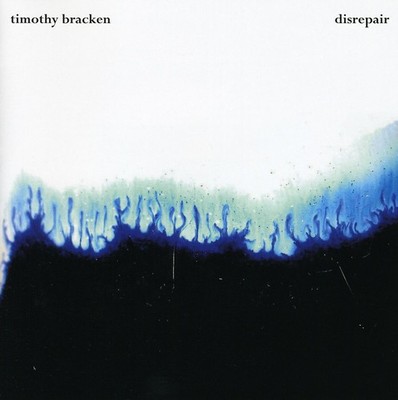 HERE IS WHAT THE PRESS SAYS ABOUT TIMOTHY: ABOUT HIS LIVE SHOW... 'Timothy Bracken and his band, showed the benefits of woodshedding, the practice of polishing your songs for as long as it takes until they're ready to reveal to the public. Tim, they're ready. The four-piece unit's bright and tight set was made up of clever arrangements, catchy hooks and a sound that absolutely defines the genre of alternative indie pop. With the right break, Bracken could give Fountains of Wayne some competition.' -Buzz McClain (WASHINGTON POST) ABOUT HIS ALBUM, DISREPAIR... 'Brilliant alt. Country - alternately timid and brash.' - PASTE MAGAZINE 'Timothy Bracken, a big asset on June Star's 'Sugarbird,' occasionally veers toward slightly askew British pop on his solo disc, 'Disrepair.' The multi-instrumentalist has a knack for writing songs that sound engagingly tuneful and emotionally complicated within the same verse, as 'What It's Like to Be Blind' demonstrates, and even when he's ranting on 'Stolen Car,' his pop smarts shine through.' -Mike Joyce (WASHINGTON POST) Timothy Bracken stands out prominently among the new generation of songwriters on the rise. He became fascinated with the recording process after hearing Todd Rundgren's 'Something/Anything' in 1995 and immediately began writing songs, at the age of fourteen, amassing a catalog of over 100 songs before he turned 20. Bracken believes that the listener should be engaged on all levels, not just by a catchy chorus, a snappy beat, or a fake kind-of-southern/Eddie Vedder-type accent. These beliefs shine through in his music. Because he is fluent on the drums, guitar, bass, and keys, Timothy Bracken is able to realize his own vision throughout his work. He is very familiar with the importance of restraint, delivering songs that are concise, profound, and at times alternately heart-wrenching and humorous. Disrepair... Disrepair features sparse acoustic ballads, quirky folk, intelligent pop, one long lighter-waving guitar solo, and even some good old-fashioned noise. Timothy produced the album totally independently, recording and playing all the instruments himself. Rob LeBourdais helped out with some of the mastering (Toadfish Records 2004). Timothy will be featured on an upcoming tribute album to Peter Case which will be released by Hungry For Music 2006. The project will also feature the likes of Richard Buckner, Todd Snider, Will Kimbrough, John Prine, and many more acclaimed songwriters. Timothy has played in many bands, including bass, drums, and guitar for June Star and Mark McKay. Tim currently plays live shows with a kick-ass band, mostly. Tim has performed solo and with these bands at many music venues including Jammin Java, the State Theater (both in northern VA), CBGB's in NYC, Iota in Arlington, VA, and Fletchers in Baltimore and Maxwell's in Hoboken, NJ, where he was also interviewed about his solo projects at the NJ/NY radio station WFMU. He has also been included in several festivals such as Clarendon Day in Arlington, VA and Art On the Avenue in Alexandria, VA.

Here's what you say about
Timothy Bracken - Disrepair.