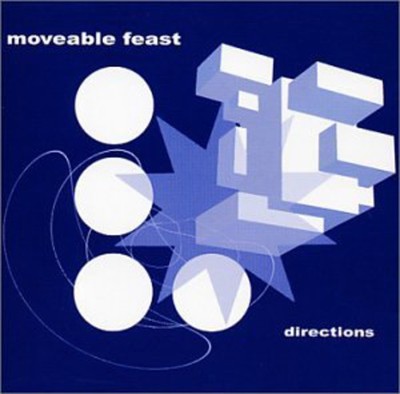 'Best Electro/Jazz/Funk/ Hip-Hop Hybrid...The smartest elements of 70's jazz funk with contemporary dancefloor acumen.' -Best Of The Twin Cities, City Pages 'An all-star line up of groovers...these seasoned kids will move you' -Groove Garden, KFAI FM 'Directions displays Kevin Washington's considerable talents. He's been described as 'a hybrid of Elvin, Brian Blade, Jeff Tain Watts, and Harvey Mason.'' -Modern Drummer ''Directions' ...bounces from Medeski Martin & Wood grinding to spacey Weather Report sounds to classic John Coltrane.' -Minneapolis Star Tribune Moveable Feast was formed in January of 1999 as a vehicle to explore a more modern approach to jazz music and improvisation. Moveable Feast's origin was firmly rooted in the belief that the strength of music's history is only fortified by challenging it's boundaries, parameters, and traditions. The natural developmental apprenticeship, common in jazz music, found Moveable Feast's members creatively dialoguing with some of the world's most prominent gospel, jazz, and avant-garde musicians. Early experiences with The Steeles, Eddie Berger, Anthony Cox, Roscoe Mitchell, Nat Reeves, Fred Hopkins, and Reggie Workman encouraged Moveable's young musicians to explore the possibilities with confidence. This process also helped define the professional careers of the individual members, leading to performances and tenures with Prince and The New Power Generation, James Carter, Malachi Favors, Fred Wesley, Chico Freeman, The David Murray Big Band, Nachito Herrera, and Fred Ho, to name a few. As a group, Moveable Feast has modeled itself after those bands who chose to build a concept and sound together as a unit; much in the spirit of Miles Davis' groups of the '60s: Weather Report, The Headhunters, and The Art Ensemble of Chicago. Moveable Feast has released two self-produced recordings. The first self-titled CD was released in 2000, with the second recording entitled 'Directions' released in 2002. Both projects were well received by music fans and critics alike and led to a 2002 'Best of the Twin Cities' music award as well as a 2002 invitation to the North by Northeast Festival in Toronto, Canada. With it's third recording project in the planning stage, Moveable Feast continues to incorporate the musical territories of jazz, funk, drum-n-bass, avant-garde, swing, Latin, and African - acknowledging the traditions of the past while embracing those elements which are helping to shape the sounds of today.

Here's what you say about
Moveable Feast - Directions.