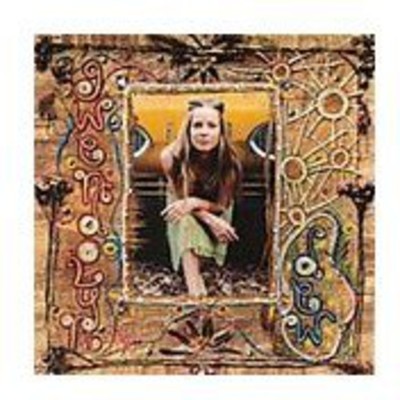 The music of California songwriter Gwendolyn is playful, poignant yet oddly magical. Influences include The Incredible String Band, Nick Drake, Dolly Parton, The Moore Brothers, Bob Dylan and Syd Barrett. Gwendolyn writes songs that inspire the mystery inside. Drawing from nature and a sense of spiritual responsibility, her lyrics form images that will inevitably lead you through that open-ended challenge: a search for Self. Gwendolyn's compositions push the boundaries of expected time changes and ordinary song structure, yet a welcome familiarity remains. Addressing divergent topics that include insects, sexuality, politics and heartbreak, Gwendolyn presents life as she sees it and her listeners are presented with a surprise, and ultimately, a treasure. Her debut ULTRASOUNDS (Whispersquish, 2000) features songs recorded between 1995-1999, including the acclaimed childlike anthem, 'Freedom of the Heart (Ooodily, Ooodily),' heard repeatedly in the cult film CHUCK & BUCK starring Mike White (Artisan, 2000). Shortly after it's release, Gwendolyn recruited friends whose instruments naturally lend themselves to her slightly left-of-center music. Musician, Douglas Lee (Uva Ursi) returned home from living in New Orleans to build a glass harmonica - 26 different shaped wine glasses sonically tuned. Lee then added the saw and banjo to his repertoire. Jazz junkie Robert Petersen, returned from Berkeley to contribute his warm upright bass. Rounding out the ensemble, Brandon Jay, aka Quazar (The 88), Quazar and the Bamboozled), acquired pots, pans, water bottles, gadgets and gizmos to form what's known as his 'drum set.' Gwendolyn decided to capture their harmonic chemistry live in the studio. She asked veteran players Smokey Hormel (Beck) and Ralph Carney (Tom Waits) to add their talent to the mix. The result is DEW (Whispersquish, 2003). Producer Ben Vaughn (Ween, Arthur Alexander) flew Gwendolyn to Scotland to create a more traditional sounding folk album with the local musicians there. LOWER MILL ROAD, named after the studio's whereabouts, is scheduled for release in January 2006 (Soundstage 15/Whispersquish). Adorning her hair with ribbons and draped in unusual and colorful vintage gowns, Gwendolyn is not your average indie rocker playing local rock clubs. The LA Weekly described her performance, 'like a Renaissance Fair being held on Mars' and awarded her Best New Genre/Uncatergorizable Artist of 2003 at the LA Music Awards. Whether she's performing solo or with her band, Gwendolyn delights in leading her audience through a musical experience they will remember and a world they'll want to revisit.

Here's what you say about
Gwendolyn - Dew.