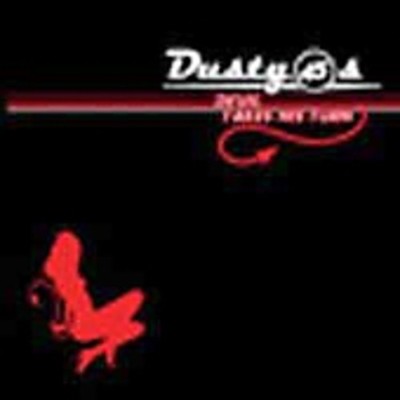 Over the last eight years,The Dusty 45S have firmly established themselves as one of the Northwest's most accomplished and original bands.Their consistently exciting live shows, coupled with a series of polished recordings, have garnered devotion and praise from both critics and fans like. Infused by a passion for American roots music in all it's varied forms,the Dusty sound blurs the line between genres to create a style that is, in the final distillation, entirely fresh and new. With elements ranging from honky-tonk to jump blues to pure rock and roll,the songs are built on soulful, harmonic vocals and a back beat of upright bass, drums, and rhythm guitar. Flawless piano, outstanding lead guitar, and a mariachi trumpet round out The Dusty 45S signature sound. The band originally formed in 1997 when Billy Joe Huels,a trumpet and guitar player who had fronted a series of smaller roots bands, and Kevin Scott, who had been playing tradition rockabilly, set out to create a band with original songwriting and style while showcasing their love of American music. Not long after, the two met Micah Hulscher, a prodigy with classical training whose wicked genius for jump blues was brought into the mix.The addition in 2002 of high-caliber guitarist Jerry Battista (The Allies, Edison Jones) and renowned drummer Mark Pickerel (Screaming Trees, Truly) have completed the sound. Professional, confident, and experienced. The Dusty 45S area solid draw, headlining to packed houses up and down the coast. New fans have been brought in through appearances with high profile acts including Dick Dale, BR-549, Southern Culture on the Skids, and LeAnn Rimes.Three independent releases have earned the band regular airplay,glowing reviews,and sales reaching 10,000 units in the U.S.and abroad. The band's accomplishments have resulted in being voted best roots/rockabilly band by readers of the Seattle Weekly for 3 years in a row. Dusty 45S continue to be poised on the edge of even greater success. Billy Joe Huels - lead vocals, acoustic guitar, trumpet Kevin Scott- upright bass Micah Hulscher - piano, vocals Jerry Battista - lead guitar, vocals Mark Pickerel - drums.

Here's what you say about
Dusty 45S - Devil Takes His Turn.