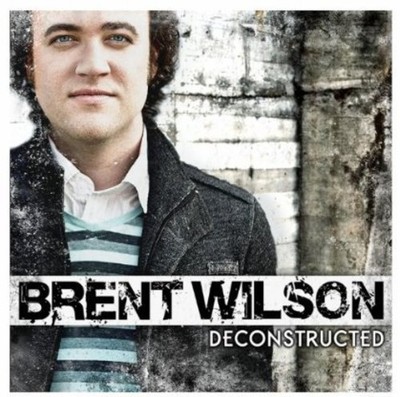 You can't put Brent Wilson in a box! There are two reasons: first, he has an eclectic taste in music that never allows you to get bored and keeps his music from becoming predictable. Second, Brent can't fit in a box! He is six feet five inches tall standing in his travelin' boots on a good hair day. His curly brown hair, ocean colored eyes, and pearly white smile can wake up a "sleepy" audience the minute he makes an entrance on stage or sets foot in the room. Brent's songwriting and his respect for great music are not limited to one genre. He has a diverse love for many styles of music and a wide range of artists who inspire him. The only continuum is that when you hear him sing his voice is real, honest, transparent and instantly identifiable. Radio today is sponsor driven not artist driven; henceforth, any artist who is immediately recognized has a rare marketability. The bottom line is Brent Wilson is a powerful commodity in the music business. He soars above the counterfeit music that seems to predominate the airwaves with songs cloaked in disguise. No matter the style or instrumentation, you as a listener will always recognize a Brent Wilson recording.?? Brent is not a stranger to experience in performance and recording. You will smile when you hear his dad, Frank, tell about the first time a six year old Brent started to sing. 'We bought him a guitar for Christmas and he stayed, hibernating in his room, practicing over and over teaching himself how to play. Then one evening, a few friends came over to the house, and Brent came out from his bedroom and said, 'Everybody, I'm Brent Wilson and I'm gonna sing!'" ??Brent then began performing at every possible event he had the opportunity to sing at in his small town. His major debut began at one of the most respected venues in the nation: The legendary, Johnnie High's Country Music Revue in Arlington, TX. This theater was the launching pad for the careers of many major recording artists: LeAnn Rimes, Steve Holy, Lee Ann Womack, Shoji Tabuchi, Box Car Willie, John Anderson, and so many others. Brent was invited to sing on that premiere stage at least twice a month for years. He cut his singing teeth on that stage. Johnnie High once said of Brent: "I have seen thousands of performers cross our stage--and I have determined that it not only takes talent, but in addition, it takes a driving determination, a burning desire and dedication to become a success in this business of music. Brent Wilson seems to have all of the above and more including an exceptional talent for singing. I predict big things in Brent's future." While in college at Texas A&M University, Brent began performing every weekend of the year touring around the state of Texas. After finishing college he began a nation-wide tour, coast to coast, often performing two shows a day in front of packed venues.? Brent is also no stranger to television. For over a year, he hosted a television series filmed and aired in Houston, Texas. Now Brent, teaming up with producer Blake Samperi, has spent the last few months in the studio recording his debut album. "I've released independent records in the past, but this feels like the first real record that actually shows who I am as an artist," he says excitedly. Brent's new album, entitled Deconstructed, includes a variety of original songs all written by Brent, and is set to be released winter of 2012. 'This record represents more than just songs. This is my life deconstructed. It's full of personal experiences and deep emotions that I've attempted to pull out of my heart and capture in song. I love hearing a song for the first time and feeling as if someone has finally put into words what my heart has been feeling all along. That's my hope for this record. That the words in these songs resonate deep within you. That they help you celebrate the good times and that they will be there to comfort you through the bad.'

Here's what you say about
Brent Wilson - Deconstructed.