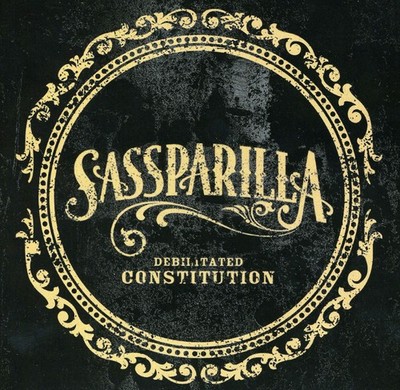 'Sassarilla is the best thing happening in the Pacific Northwest, I can't get enough of these guys.' 2/9/07 River City Juke Joint 89.1 KMHD Bradley Branner - KMHD Portland Oregon (Feb 9, 2007) Sassparilla has found themselves at the â€œheart of the Pohemian music movement' of Portland. â€œBands embodying the latest evolution in the Portland music scene: the Pohemian fusion of turn-of-the-century musical traditions and carnivalesque performances.' St. Johns Sentinel (2006) - St. Johns Sentinal (Aug 26, 2006) 'Do you know what a 'percussabass' is? This band seems to have coined the term for a washtub bass played at the same time as a snare drum. These street musicians will have you stomping your feet, bobbing your head and wondering why you haven't heard this before.' 2/2/07 - The Oregonian (Feb 2, 2007) 'The five piece group, which is made up of musicians hailing from the blues-heavy city of Chicago, formed up in Portland two years ago and has since made a name for itself as a lively rag and blues crew up and down the West Coast...Since relocating ot the Pacific Northwest, the folksy group has made a tour of the region, playing fesitvals, bars and street corners with equal enthusiasm. Sassparilla is quickly becoming a household name...' Joe Hanson - Cottage Grove Sentinel (Dec 27, 2006) Sassparilla, a bluesy jug band originally from Chicago...boasts a delightful ability to nod in the direction of old blues and ragtime without mimicking artists of the past (although they do a killer version of 'Ain't Nobody's Business' that fans of Billie Holiday would likely endorse).' Adrienne van der Valk - Eugene Weekly (Aug 25, 2006) 'Their music often has a rumpled sound to it, as though they are tucking in their shirttails as they play. Other times, their compositions come together with a sudden smoothness or elegance.' â€œChicagoâ€™s own Sassparilla combines the punk mentality of their youth with traditional music; the result is a lively sonic junket.' - Wabash Rag (Feb 4, 2006) 'Hot Sassparilla' 'Sunday, February 4, 2007, 05:52 PM - Ukulele, Junk Music, Jug Band Last night I trekked down the street to the Conor Byrne Pub in order to hear (and meet for the first time) Sassparilla, a Portland, OR band...' The band consists of Sweet Pea on washboards, Marilee Hord on fiddle, Franco Frantz on Percussabass (more about this later), Pappy McDonald on harp, Augustus 'Gus' Richmond on National Steel, banjo and vocals and Dr. Caffe on suitcase, snare and washboards. Capsule Review: They rock. Hard. The Purcussabass is a washtub bass of the fixed neck variety. Franko moves up and down the neck fingering notes on the single string but instead of plucking the string he hits it with a snare brush. This brush is occasionally used to give a whack to the tub itself and also to a 'cymbal' he has hanging nearby that is actually the lid from a small galvanized garbage can. Great sound! Franko also takes his turns on lead vocals. Heh! Garbage can lid cymbal. I just love me some junk music! Dr. Caffe stepped out from behind her 'drum kit' at one point and played washboard with Sweet Pea. He joined her near the stage steps and then they danced through the crowd, keeping some pretty tasty boardwork going while doing so. Dr. Caffe's drum kit consists of a snare, some brushes, some 'hot rods' (which look something like a bundle of tempura skewers and are like halfway between brushes and drumsticks as far as sound goes), a couple of those big plastic utility pails, an old suitcase for a kickdrum and her washboard. She would change the arrangement of the pieces between songs. Sometimes she'd be playing two of the buckets and her snare, sometimes it was the snare and accessible bits of the washboard (which was placed on top of one of the buckets). That last arrangement brought an actual cymbal into the mix but, in true jug band tradition, it was a rather cheap cymbal. Did I mention that I just love me some junk music? Pappy and Marilee handled their respective instruments in fashions that ranged from 'pretty darn good' all the way up to 'smokin'!' and Gus, along with his vocal duties, picked some fine rag and piedmont riffs on a couple different National Resonator guitars. Not only were their individual skills sharp and their arrangements tight but they also had a show, they didn't just 'get up and do some tunes.' I'm way down with being entertaining...' Howlin' Hobbit - Ukulele & All That Jazz (Feb 5, 2007)

Here's what you say about
Sassparilla - Debilitated Constitution.