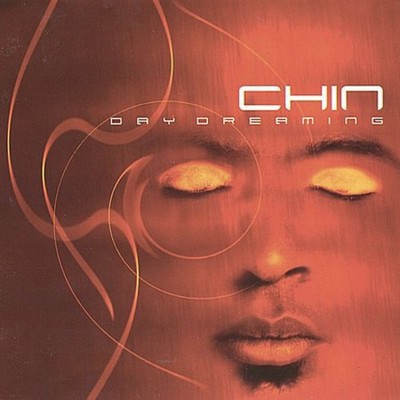 Chin Injeti; multi-instrumentalist, producer, talented song-writer and co-founder of the pop/funk/soul group Bass is Base, is releasing his first solo record. Since the split of Bass is Base in 1997, Chin has forged ahead, recording his new album and continuing to write and produce with, and for, a variety of top artists. Securing a publishing contract with EMI Music Publishing, Chin has written with the likes of Ben Mink (of KD Lang fame), Colin James, David 'Genie in a Bottle' Frank, Christopher Ward, Craig Northey and Andy Kim. Chin has also written and recorded with Mike Mangini, Canadian rapper/singer Snow and recently remixed the track 'Pinch Me' for The Barenaked Ladies. Born in India, Chin moved to Canada at age five. His musical influences began early on in his family, listening to his musician father sing traditional Telugu songs (A South Indian language). Diagnosed with polio as a child and wheelchair bound until a teenager, Chin's earlier years were spent listening to everything from Stevie Wonder to Van Halen. Then he discovered his true passion - hip hop - when his brother became a DJ: 'since I couldn't break dance or mix records, I took up the bass and guitar. Then later on I learned to program the drums and keyboards'. Chin spent the early 90s as a producer for artists such as Maestro Fresh Wes, Kish, and Main Source. During this time Chin began recording his own music and eventually released an independent house music single ('I Promise' on Hi Bias Records), which reached the Billboard charts and became a popular underground hit in Italy and England. Formed in 1994, Bass Is Base was labeled 'United Colors of Benetton' for their ethnic diversity, ideas and unique music. The group went on to sell 30, 000 copies of their debut album 'First Impressions For the Bottom Jigglers' and earned a variety of awards including a Juno for best R&B album for 'Impressions' ('95), and a Much Music video award for 'Funkmobile'. Chin also received a SOCAN song writers award for the #1 song, 'I Cry'. As a member of Bass Is Base, Chin had the opportunity to tour with renowned artists such as the Fugees, Ziggy Marley, The Roots, Busta Rhymes, Jamiroquai, and A Tribe Called Quest. 'Day Dreaming' is Chin's debut solo album. He co-produced with David Kershaw, best known as Sarah McLachlan's keyboardist during her Solace and Fumbling Towards Ecstasy eras. Unapologetically accessible, the 14 tracks cover the urban pop waterfront with style, imagination and unshakable melodicism. There are elements of gospel, rock, folk, jazz and R&B, all delivered from a 'soul' (as in body and soul) perspective. The video-supported lead single 'Anything' is built on the twin towers of a poptastic melody line and Chin's trademark bass. 'Don't Let The Boogie Pass' is classic '80s-style pop funk with a smooth glide reminiscent of Off The Wall-era Michael Jackson and 'Give' is a rock-oriented showcase for Chin's multi-dimensional vocals featuring Rhodes piano, mad guitar riffs, heavy organ runs and a singalong chorus. The CD travels from Motown to Memphis, New York to East Compton as it joyously dips into earthy acoustic grooves, b-boy rap, fusion jazz and mainstream pop.

Here's what you say about
Chin - Day Dreaming.