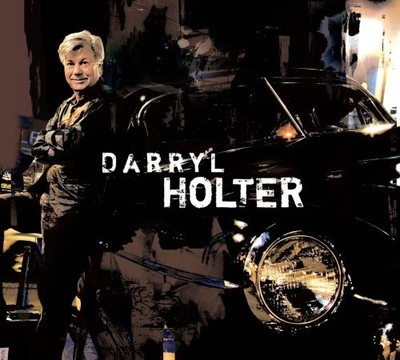 I've never made my living by making music, but music has always been in my life. I grew up in Minneapolis, the oldest of four. My father listened to country western radio and he had taught himself how to play the guitar while serving in the Army Air Corps. After the war he bought a beautiful new Gretsch "Synchromatic" archtop guitar. He would play songs that my mom knew and they would sing and then the kids would learn the songs and soon we'd all be singing. One Saturday morning I sang on the Jimmy Valentine show on KSTP Channel 5 and I won a bicycle. One day when I was 6 Dad came home with a small guitar and told me it was mine. We tuned up the strings and he showed me simple, one finger chords: C, F, G. Dad handed me some sheet music from songs I had heard on the radio. I already knew the tunes, so I just read the words and followed the chords above. It seemed so easy. I learned a bunch of songs that way and kept playing more. For a few years I performed all around the state with a show sponsored by a charity organization that my father belonged to, in hospitals and old folks homes, and the prisons at St. Cloud and Stillwater. When I was about 14, a friend who had a sister at the University of Minnesota played the first Bob Dylan album for me. I listened carefully and found it exciting: so basic, gritty, unvarnished, with lyrics worth listening to, as opposed to the suburbanized country and Tin Pan Alley rock and roll we heard on the radio. I went to a little coffeehouse on Lake Street called Le Zou and I heard a few folk singers. I was too young to drive so I hitchhiked across town to Dinkytown, by the University, to hear John Koerner, Dave Ray and Tony Glover at the Scholar Coffeehouse. I listened to a lot of folk music, bought guitar strings, harps, and a harmonica holder at the Podium Tobacco shop in Dinkytown. I remembered the controversy when Dylan went electric. A lot of folks were upset, but not me. In one fell swoop Dylan had jolted the old folk scene out if the comfortable little compartment it had built for itself and, on the other hand, forced rock artists to consider the importance of good lyrics. I went to the University of Minnesota for college and as the Vietnam war escalated, I became involved in the anti-war movement. This led me directly to protest songs by people like Phil Ochs and Pete Seeger. In graduate school in Madison, Wisconsin I worked as a teaching assistant and I got involved in organizing a union. Pretty soon I was doing old labor union songs and writing a few of my own. I worked for the AFL-CIO in Wisconsin and played in a few concerts with Pete Seeger, Arlo Guthrie, Joe Glazer, and a wonderful friend from Milwaukee, Larry Penn. I played at picket lines and rallies from one end of the state to the other. When I moved to LA I began to move my music away from politics and toward what might be called more reflective songs with themes of love and loss, memory and imagination, humor and noir. I finally decided to take some of the best songs and make a CD. I met Ben Wendel and we hit it off well. Rehearsals at Local 47 were really fun for me. The songs are like my little children and I could see them developing before my eyes (and my ears) under the direction of Ben and the skills of Tim, Nate, Billy, Greg, Nels, and Julia. Recording at Capitol Records in Hollywood was an experience to remember.