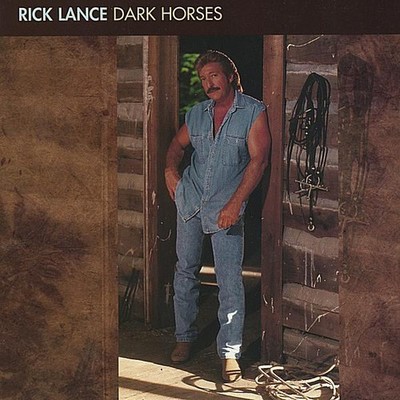 Rick Lance says his first 'brush with fame' came backstage during a performance as an opening act for Loretta Lynn at an outdoor venue in Ohio when he abruptly turned around and elbowed Ms. Lynn right square in the chest. As he stood there red-faced, apologizing up, down and sideways for being so clumsy, she calmly said, 'That's ok, Sweetie, long as it was good for you too.' Then she turned and walked onstage. The first thing you notice when you greet Rick is his big deep speaking voice. That warm, alluring voice has also served him well as a commercial voice talent and actor/on-camera talent. His voiceovers have included numerous radio and television ads, audio books and other narrations. He has appeared as the on-camera spokesperson for clients in Dallas, Houston, Atlanta and throughout the Southeast, as well as a few good character roles in music videos. He even had a line in the TV movie, 'The Dottie West Story.' Rick's deep, rich speaking voice transforms easily into a very compelling baritone as he performs with the smoothest of character, style and story-telling ability. He has proven to be a radio-friendly talent throughout 1998 and 1999 with the release of his first two singles that both went up to #1 on national independent country radio (small market ): 'Don't You Know Better Than That?'(October '98) and 'You 'd Be the First to Know' (March '99). Rick also won the Bluegrass/Country category of the 2000 Independent Music Awards (IMA) sponsored by musiciansatlas.com/Music Resource Group for his Dark Horeses single, 'Break My Heart. Plans are underway to release 'Sarge' as the new single from the CD album 'Dark Horses,' produced by Don Ellis on Rick's own label Duke Records. (See story below) Rick says he came into country music through the back door. As he made a slow gradual progression from interpreting the music of folk artists such as Jim Croce, James Taylor and Emmy Lou Harris to Merle Haggard, Waylon and Willie and Alabama, he became more and more fascinated by the emotional maturity of country music. While in the U.S. Navy on a Mediterranean cruise, he played his music in every port accompanied by whatever musicians the local culture would yield, i.e. Flamenco guitarists in Spain and accordionists in Italy and France. After discharge, while attending college in the beautiful Northwest he began to write, playing his new music in a trio he formed for local performances. After graduation Rick returned home to Western Pennsylvania and formed a five-piece band that toured dance clubs, fairs and other outdoor venues throughout Western Pennsylvania, Ohio and West Virginia, opening shows for Alabama, Loretta Lynn and the Oak Ridge Boys. Rick and his band also played several dates on the prestigious Wheeling Jamboree radio show on station WWVA. It was in Pittsburgh's Three Rivers Stadium during a Pirates vs. Mets twilight double-header that he was asked to sing the National Anthem before a crowd of 25,000. Shortly afterward he moved to Nashville without his band where he peaked the interest of the great songwriter Harlan Howard and RCA Records with his quartet White Crow although the act was never signed to the label. Get Rick behind a microphone and people stop dead in their tracks with just a few spoken words, his soft smile and his dry sense of humor. As he sings his very first notes they are drawn in to capture every lyric of his song. Women are charmed, men are amused and as for Rick Lance, well, he believes in the power of music. UPDATE 3/7/08 We're still selling many CDs of HOME FREE each week. Reminding us that the material is still very relevant. (Read on) You can find another interesting project on cdbay that Rick co-produced. HOME FREE, a 12-track Country music complilation CD honoring our American veterans will be released officially on Veterans' Day, November 11, 2003. HOME FREE,(formerly called American Pride) sponsored and funded by Veterans' Outreach, Inc., celebrates the sacrifice and courage of our men and women who are serving or have served in the United States Armed Forces and illustrates America's values, way of life, traditions and diversities. Rick was a very busy boy on this project as he is an artist with his single 'Sarge' from Dark Horses, he is co-producer with Bob Corbin of the Corbin Hanner Band, he shot all the still life photography working with graphic designer Richard Cook, Nashville, and launched the project from his own record label, Duke Records, Nashville. HOME FREE's title track is performed by the gravely throated, highly acclaimed T. Graham Brown and is a brand new release for him. This project contains mainly brand new material sung by some of today's best-known artists as well as future stars including Ricochet, Moe Bandy, Lane Brody, Corbin Hanner, James Dean Hicks, Chris Ward, Don Ellis, Sheri Jo Porter, New Glory and Rick Lance. Veterans' Outreach, Inc. (veteransoutreach.net), a registered non profit veterans assistance organization will be using CD sales proceeds to help fund it's programs including aid to homeless veterans and to help those newly returning servicemen and women.... 'to achieve their personal resolve and share in the American Dream.' Veterans' Outreach, Inc. is also a charter member of the National WW II Memorial Society and has registered thousands of veterans for their 'Registry of Remembrances' and raised thousands of dollars for the WW II Memorial and a Vietnam War memorial. For additional information about their goals and programs visit veternasoutreach.net. Or call John Ely, President or Robert Julian, Treasurer at 1-888 2VETNET (8638).Where you may also purchase the HOME FREE CD. And of course, you may purchase the CD from the HOME FREE webpage right here at cdbaby or by clicking the link on this page. Rick said, ' In all my years in music this is the single most important benefit project I have ever been a part of...let us all be HOME FREE!'

Here's what you say about
Rick Lance - Dark Horses.