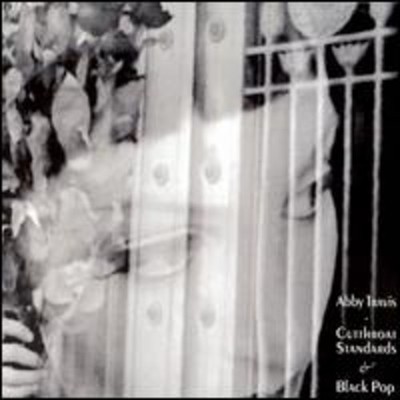 Looking for a truly modern Diva? Abby Travis has arrived. Her voice is A sultry cross between Debbie Harry and Julie London. Her lyrics and melodies are elegant. Her performances are true drama, magical and expertly executed. She is a critic's favorite appearing with alarming frequency in publications like Billboard, Entertainment Today, Alternative Press, The LA Times and The Washington Post. And there's more! The vessel for this wealth of talent is overflowing with super Femme- Fatale sensuality. Abby' s been blessed with the face of a 40's movie star and a pin- up body straight out of a Russ Myers film! The Art World Understands that She is both master musician and muse: In one weekend alone there are two portraits of Abby being shown at Los Angeles Galleries: (Howard Hallis at Backstreet Gallery 2/28, Kristian Hoffman Retrospective/ at Gallery 4016 2/27). Abby has a punk rock pedigree worthy of royalty and undisputable street cred dating back to the tender age of sixteen, when she played bass for The Love Dolls, a tongue-in-cheek combo spawned from director Dave Markey's underground cult film of the same name. During the 1995 Lollapalooza tour, she astounded the nation playing Bass in back-to-back sets with Beck and Elastica. For years, she played and sang in the house band at Hollywood's hottest and most popular club Make-Up, backing luminaries like Dee Dee Ramone, Jayne County, and The Runaways. She has performed and/or recorded with the likes of Exene Cervenka's Original Sinners, Michael Penn, KMFDM, Vanessa Paradis, El Vez and even Spinal Tap! In 1998, she began her solo career with the full length CD The Abby Travis Foundation. Travis produced, penned and released Foundation on her own label. After a nationwide tour and a Japanese release of this CD, Abby followed up with Cutthroat Standards & Black Pop (co-produced by Travis with Kristian Hoffman), in 2001. Cutthroat took Travis' artistry and vision up a notch; nearly single-handedly spearheading the nation-wide 1920's cabaret music revival. The Washington Post described this CD as a 'Brecht-Weill' epiphany. As a vampy, feather-headressed chanteuse, she has been selling out venues across the country. Not only have the art and music worlds taken notice of Ms. Travis; Her spellbinding charisma and excellent comic timing have made her a sought after actress on stage and screen. Travis has appeared in the films Shadow Hours, Weathermen 69 and The Book of Manson; and starred in award-winning playwright Justin Tanner's The Strip, where Lily Tomlin and Jack Black were often spotted in the front row. Music remains Travis' true love and Abby's newest work is her most sophisticated and accessible to date. In the wryly-existential 'Now Was' Abby asks: 'What's to prove? Regurgitated shallow views/ A sunset on a sea of ewes/'baaaa, baaaa' before declaring that 'Now was the time to carry on!' In 'Hunger' (which also features guest appearances by luminaries Donita Sparks of L7 and Monique Powell of Save Ferris) Abby describes her subject as 'the rasp of an Asp that consumes it's own tail'. Travis can be sweet as well. 'Blythe' is a love ballad worthy of Dolly Parton and 'Grace' is a shimmering distillation of the state it describes with fantastic production and floating vocal performances. So Far in 2004, Abby Appears on upcoming releases by the Go-Go's Kathy Valentine, guitarist Kid Congo Powers (formerly of The Cramps, Gun Club, and Nick Cave) and Fine artist Raymond Pettibon. Her underscore is prominent in the DVD anniversary release of Dave Markey's 'Lovedolls Superstar'. Look for her incredible cover of the classic Shangri La's selection 'Past, Present and Future' as the theme for 'Tina The Party Pooper' in The 04 DVD Release of Markey's Collected Short films as well. Abby also found time to produce the next full length release by Brian Grillo (Extra Fancy) due on on Spitshine Records in September. Several of her songs have appeared as featured cuts on The prime time show 'High School Reunion' (The WB) this year. If this were Hollywood's Golden Age, Abby would be starring in a big budget musical at a major studio. Happily we still have the chance to see this diva up close. Full of imagination, incomparable beauty and the chops to back it up, Abby Travis is a star who has truly arrived.