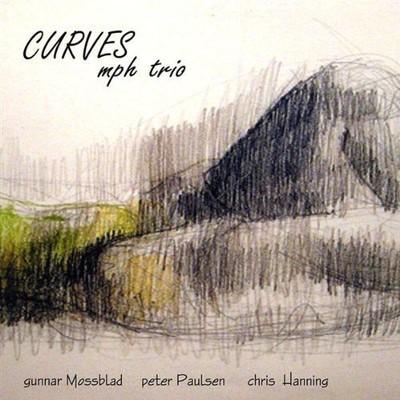 The MPH Trio is made up of seasoned professional jazz musicians MOSSBLAD...GUNNAR is active as a saxophonist, composer/arranger, and educator in both the European classical and American jazz idioms. His performing credits include collaborations with numerous jazz and classical artists including David Liebman, Marvin Stamm, Royce Campbell, John D'earth, Hod O'brien, Woody Herman, Mel Tormé, Carter Beauford, John Coates, Jr., and many others. Gunnar is the founder of Visions, a contemporary jazz quintet, The Manhattan Saxophone Ensemble, and serves as the musical director for the David Liebman Big Band. Gunnar earned a BM and MM from the University of North Texas and travels throughout the world performing concerts and clinics. He can be heard on the Candid, Owl, and Four Leaf Clover record labels. He is a regular contributor to the Jazz Player and Saxophone Journal magazine and his pedagogical materials are published by Houston Publishing, LeMoine Music, and FJH Music companies. Gunnar is also a saxophone clinician for the SELMER Company, Elkhart, Indiana. PAULSEN...PETER is a classically trained performer/composer whose first love is improvised jazz music. While currently working as principal bass of the Allentown Symphony and Spoleto Festival Orchestra in Spoleto, Italy, as well as section bass with the Harrisburg Symphony, Mr. Paulsen can be found in the clubs and concert halls with many of the top jazz musicians in the Philadelphia area. He has given improvisation clinics with Jimmy Knepper, Clark Terry, George Young and Dennis DiBlasio. As a recipient of a 1999 and 2001 Pennsylvania Council on the Arts jazz composition grant, Mr. Paulsen has just released his first CD, Three-Stranded Cord on R&L Records. He has been invited to the Banff Centre for the Arts, Alberta, Canada as composer in residence and plans a return residency next year. HANNING...CHRIS has been playing drum set for almost 30 years. He has been an active freelance artist in cities across the United States and has recorded in studios in Cleveland, Denver, Dallas, and Philadelphia. His most recent recordings have been La Profundidad with guitarist Todd Hail, various Warner Brothers Publication recordings, and numerous Emmy award winning recordings for NFL Films heard on the FOX network, NPR, ESPN, ESPN 2, HBO, TNT, and the major television networks airing NFL games. With endorsements from PRO-MARK, the YAMAHA Corporation of America, and the ZILDJIAN Company, Chris has presented clinics and master classes at universities throughout the country, including the SFA-Yamaha Percussion Symposium in Texas and the WCU-Yamaha Percussion Camp in Pennsylvania. As an educator, He has taught classes at the University of Colorado, University of Akron, Florida College, Muskingum College, and Stephen F. Austin State University.

Here's what you say about
Mph Trio - Curves.