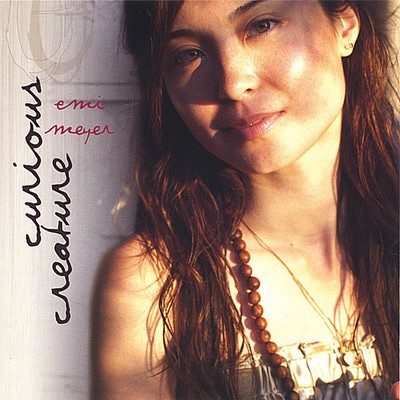 BIOGRAPHY Songwriting is breathing to Emi. Born in Kyoto, Japan, Emi Meyer moved to Seattle, Washington before the age of one. Growing up between cultures, she thinks and feels unconventionally. It only fits that she would create her own expression. Emi's music spans borders and channels an old soul gained from clearing her own place. BEGINNINGS Emiâ€™s musical career began with piano lessons at the age of six. She showed great potential and expanded to jazz to collaborate. Jazzâ€™s spontaneous jams, it's synchronization between fingers and voice, and the search for genuine words enticed her to sing her own. RESUME Emiâ€™s song 'Sunrise' premiered in Michael Kangâ€™s West 32nd at the Tribeca Film Festival, and she received first place in the 2007 Seattle-Kobe Female Jazz Vocalist Competition. She performs at premiere venues including The Hotel CafÃ©, Tangier, and Room 5 (Hollywood), and the Experience Music Project, Seattle Art Museum, and Dimitrioâ€™s Jazz Alley (Seattle). She is internationally showcased at the Northwest Folklife Festival, Kahoutek Music Festival, and Japanâ€™s Kobe Jazz Festival. The range of venues attests to her unique blend of folk-rock, jazz, and pop. She gives jazz a modern twist, crafting songs with lyrical depth and catchy melodies. Magnolias and Live @ The Hotel CafÃ© are broadcasted on radio stations around Seattle, Los Angeles, and on KGRL.fm alongside Ani DiFranco and India Arie. Throughout the process, Emi has learned about herselfâ€"an insight that materializes in writing, a joy in connection, and an honesty on stage. Emi is excited with the direction of her latest release, Curious Creature. P.S. But really, Emi is just another college kid. She studies Ethnomusicology in California, has a hankering for brownie sundaes, and likes to dirt bike and make things.

Here's what you say about
Emi Meyer - Curious Creature.