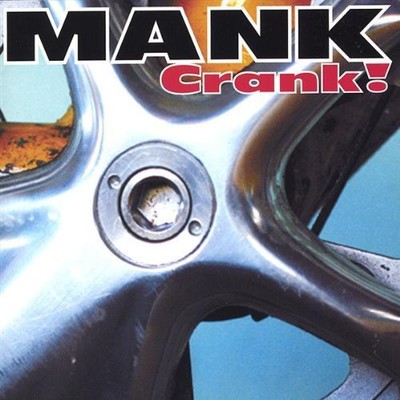 Timothy Marshall Mank grew up in Texas singing and playing guitar in hopes of emulating his heroes Jimi Hendrix and Stevie Ray Vaughn. His passion for songwriting has pushed his musical boundaries farther than any one genre can hold, but his love for what he calls 'alternative bluesy rock' still flows through his veins. Recently Timothy realized one of his own dreams as he stood on stage in front of 3000 people to play 'Fly Like An Eagle' with fellow high school alumnus, Steve Miller. This performance helped to bring his music career full circle back to Dallas and his home state of Texas. Timothy started performing professionally in Dallas in the early 1990s, where he honed his skills as a songwriter and performer. Shortly after releasing his first major studio project (Rain Dog in 1994), he moved to Los Angeles to further his musical horizons. Landing a job with Warner Bros. Records Inc. in 1995 gave him an in-depth insight into the music industry. He eventually left WBR in 1998 to found his own label, Vida Pop Records Inc., where he released his last three albums (Drive in 2000, Evolution in 2002 & Crank! In 2005). By 1999, Timothy realized that he needed to form a band to gain access to bigger stages and wider audiences, so from 1999 to 2005, he replaced his acoustic guitar with the electric and did just that. The result was well received by his fans and by the music industry. He promptly won 'Outstanding Rock Artist of the Year' at the Los Angeles Music Awards (2000), was nominated the next year for 'Outstanding Male Vocalist of the Year' (2001) and followed with 'Best Male Performer of the Year' from the Orange County Music Awards (2002). Timothy's music has been featured twice on Los Angeles' prestigious 95.5 FM KLOS spotlight on local artists and he has been the focus of numerous articles, interviews and praise from music critics. In addition, Timothy has performed on TV shows and has recently had his music featured in the independent film, Jillian's Reality. Currently, his albums are sold online and can be found on more than 20 different download sites, including Apple's iTunes. In late 2006, Timothy and his family moved back home to Dallas, TX where he continues to write, record and perform music. He is often put in the league of other great performing songwriters such as Lenny Kravitz, Dave Matthews, Ray LaMontagne or Jack Johnson.

Here's what you say about
Mank - Crank!.