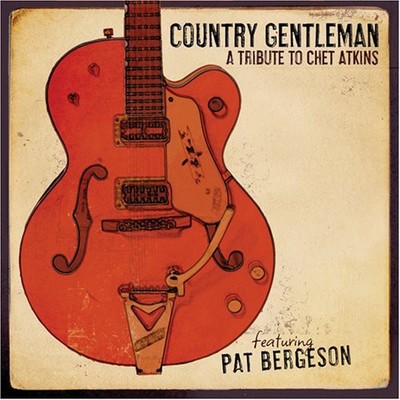 Guitarist and harmonica player Pat Bergeson has met many of his musical heroes and he has written, toured, and recorded with most of them. From the U of I in his native Illinois to New York, picking up a Jazz Studies degree at William Patterson University and playing in New York City for ten years, he arrived in Nashville upon the request of Chet Atkins who heard Pat on a demo tape. Chet invited him to play on his album Sneakin' Around with Jerry Reed. He later featured Pat on his 1994 release Read My Licks. A close friend of Chet's, he toured with him for several years, and later with Shelby Lynne, Wynnona, and then four years with Lyle Lovett. A versatile guitarist as well as chromatic and diatonic harmonica player, Pat is known for his session work with a variety of artists such as Lyle Lovett, Alison Krauss, Dolly Parton, Kenny Rogers, JoDee Messina, Jon Randall, Bill Frisell, Martin Taylor, Suzy Bogguss, Bill Evans, Peter Frampton, Michael McDonald and many others. Pat Bergeson was named as one of Chet Atkins' top twelve favorite guitarists in the Oct. 2001 issue of Vintage Guitar magazine.

Here's what you say about
Pat Bergeson - Country Gentleman.