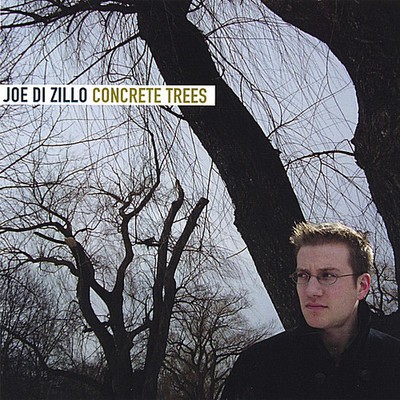 Joe di Zillo has been influenced by an excess of music. He grew up listening to Led Zeppelin, The Beatles, The Doors, and The Who. After listening to Led Zeppelin, he felt a need to visit their roots. Howlin' Wolf, Muddy Waters, Elmore James, and John Lee Hooker began to sink into his soul. As time went by, Radiohead, and Pete Yorn's presence was felt by Di Zillo. Joe's 2006 debut disc "Concrete Trees" features six original tracks. Joe is credited with playing: drums, guitars, bass guitar, organ, piano, vocals, maracas, and randomness. Brian Newell plays bass guitar on Lonely Lark. The disc was produced by Di Zillo, and Ryan Wummel, and engineered by Wummel. Easy for You is driven by a powerful drum beat and a fuzzy lead guitar. It is reminiscent of classic fuzz. Lonely Lark is driven by the combination of an acoustic guitar and the bass drum. The bass line is provided by Brian Newell. The Hammond organ is a nice touch to the song. Taste for Rye seems to be influenced by the Beatles and some form of rockabilly. The song starts off with clean guitars and the song's climax is heard when the distorted guitar rings throughout. This is followed up with a guitar lead that is heard earlier in the track, except now it is distorted with a vocal howl in the background. We learn that Di Zillo has a taste for rye...but what exactly does he mean? Part Time Man brings us to a country/rock and roll/rockabilly feel. The title of the song explains Di Zillo's anguish and suffering. All the Time displays the acoustic guitar as the main instrument. The song is gentle with an almost happy feeling about it, "As simple as A, B, C." Mr. Empathy rounds up the disc with an angry feel to it. The bass line during the chorus seems to have a latin feel to it. Di Zillo explained how the song was written around the lead guitar part. "I was fooling around with the guitar one late night and I stumbled upon this lead part that I could not stop playing...I wrote the song based off of that lead."

Here's what you say about
Joe Di Zillo - Concrete Trees.