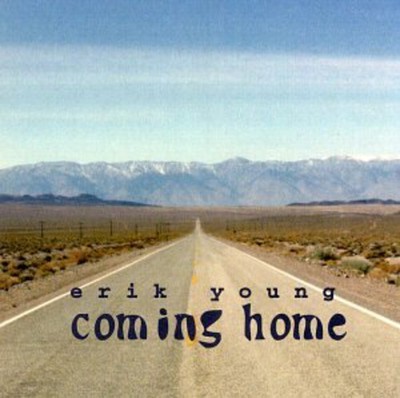 ABOUT THE BAND The Erik Young Project is a six-member band based out of an area of Los Angeles known as the South Bay. The band is comprised of five males and one female, all with a passion for music and a desire to entertain. Casually formed in 1998 for the purpose of recording an album of a few of Erik Young's original songs, the band coalesced into the unit it is today. The Erik Young Project has often eluded pigeon-hole definition into a specific genre, simply because they incorporate so many musical styles and influences into their songs. Most commonly they are associated with the pop/rock and progressive categories, although folk, neo-classic rock, country crossover, Caribbean and many more sub-genres have been applied to individual songs. One common thread that runs through everything they do is their 'soaring harmonies' - up to six parts on a song! Did we mention how much fun they are live? ERIK YOUNG - EY's role in the project (besides being the namesake) is the principal songwriter, lead vocals, acoustic guitar, and piano/keyboard duties. He hails out of the Chicago area, where he earned his chops and received limited radio airplay of live versions of both Cabriolet and Shelter. JAMI CHAPAS -- The only female member of the project, Jami has backing and lead vocal responsibilities. Armed with a sultry alto voice, she has an enthusiasm that would put a high school pep squad to shame. Jami has been singing with Erik for over four years, and has co-written a number of songs with him, including 'Moved To Nashville', found on the Erik Young Project's debut album, Coming Home. AARON PRESTON -- Playing 'mostly rhythm, but occasionally lead' guitar, Aaron provides backing vocals, and makes the 'widdup' noise in that crowd-pleasing acapella interlude, Chic-a-bow-bow. He has co-written a number of songs with Erik, including: Amy, Mexico, And I'm Gone, and Natural Wonder. ANTE NOVASELIC -- Ante (pronounced 'on-thay') is the newest addition to EYP, bringing with him a lead guitar of amazing ability. He spent his formative years in Croatia heading a 4-piece rock ensemble, playing all four corners of the country, even headlining festivals and opening for major rock acts. Forever on a quest for musical satisfaction, Ante decided to return to Los Angeles to pursue his calling. JOE DILEVA -- A native Southern California boy, Joe started playing bass and singing at the age of seventeen, mostly as a way to meet girls and get invited to the best parties. He quickly developed his skills and has had the opportunity to play with many high quality musicians. He hooked up with long-time rhythm section partner and cousin, Jon Poli for this project. JON ANDREW POLI -- After studying at Boston's prestigious Berklee College of Music, Jon returned to Los Angeles to continue his musical journey. While studying Latin rhythms under the tutelage of Aaron Serfaty, he began lending his talents to a variety of cover and original bands, as well as solo artists in need of just the right rhythmic touch. As you might have guessed, Jon is the resident drummer/percussionist for the band, but also sings backing vocals. ABOUT THE CD Coming Home is the debut album from the Erik Young Project, recorded 1998-99, and released earlier this year. A full-length CD with thirteen tracks totaling over fifty minutes of music, Coming Home contains a wide variety of music styles. It has been called 'ecclectia without annoya' (Dan Stout, Colossal Mastering) and is considered by many an extremely fun album to listen to.

Here's what you say about
Erik Young - Coming Home.