Eric J. Smith - Come in from the Cold 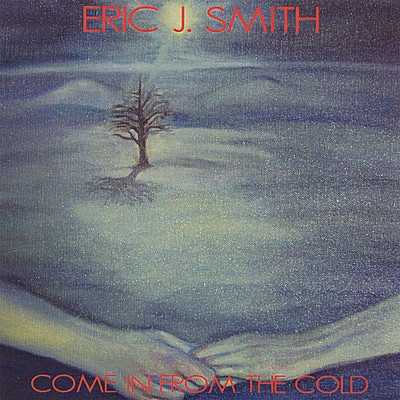 A man of few words, keyboardist/composer Eric J. Smith prefers to let his music do the talking, instead. Born in Birmingham, Alabama, he began his musical training early in life and began his studies playing classical music. These studies led to the first of many milestones when he played at New York City's Carnegie Hall as part of a recital given by the National Guild of Piano. Like many musicians who began playing by studying classical music, his tastes began to expand as a teenager and he began to develop an interest in the music of Motown and "The Sound of Philadelphia" (TSOP). His earliest musical experiences led to his involvement with other various musical productions and was an original member of the group 'Me & My Friends', which regularly appeared at venues throughout the metropolitan area during the early 1980's. After the disbanding of M&MF, he began working with various musicians which contributed to his exposure to other genres which included R&B, Latin, Jazz and Pop music. With the digital music revolution of the late 1980's, Eric Smith began to experiment with MIDI, computers and sequencing while he continued to work with various artists both on stage and in the studio. It was also during this period that Mr. Smith began to develop a reputation of being a "Fender Rhodes" man as that instrument became the voice of his musical expression. By the early 1990's, Eric Smith further expanded his horizons as he became a skilled producer and arranger. A sample of his work as producer and arranger can be witnessed by listening both to the theme song to New Yorkers (a popular television show regularly seen in Japan hosted by Sali Oguri) and the smooth jazz group 'Since When?''s demo "I Think of You", which also featured Ms. Oguri on vocals and saxophonist Roger Byam (of Onaje Allen Gumbs, Wil Downing and Marcus Miller fame). Today many musicians rely on Eric J. Smith's keyboard abilities to give their sound the "right feel".  Whether it is jazz, funk, R&B or soul, he has proven himself to be a competent and tasteful addition to any project which he has been involved. Presently, he is the regular keyboardist for saxophonist Yasuyuki Takagi's YazBand (with whom he performed as part of the 2004 New York City Transit Authority 'Music Under New York' Performance Series in Seoul, Korea) and producing the upcoming 'Since When?' debut CD entitled 'Long Distance". With the release on his debut CD 'Come In From the Cold', Eric J. Smith has stepped from the shadows with compositions which fuse the best elements of the jazz and R&B idioms into a mellow and at times dreamlike soundscape of music.  And though he is a man of few spoken words, expect to hear a lot of music from him in the very near future!

Here's what you say about
Eric J. Smith - Come in from the Cold.