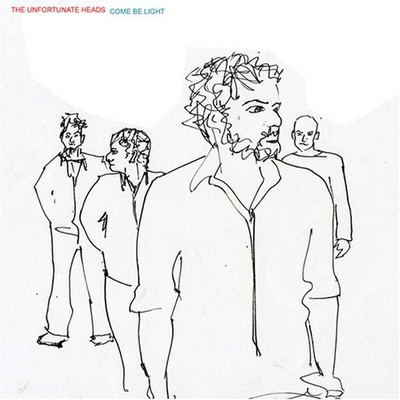 Since 1988 the (Kansas City) BOULEVARD BIG BAND has been giving Kansas City jazz fans something to cheer about. For nearly twenty years the band has performed regularly in the K.C. area bringing together the best of Kansa City's wealth of musical talent. The band has three critically acclaimed releases on the Sea Breeze record label. Their fourth offering is THE BOULEVARD BIG BAND: "LIVE" FEATURING Pete Christlieb (is being released on the band's new label BOULEVARD RECORDS. Recorded at Harling's Upstairs in K.C. The new CD features Pete Christlieb with the band (in the sax section) and soloing on 5 of the 9 tracks. Dave Aaberg's original, PEVE, is a medium swinger based on the changes to I Hear a Rhapsody. It features burning solos from trombonist Steve Dekker and Pete Christlieb. (The title is derived from PETE and STEVE for whom the chart was written). CHEEK TO CHEEK is typical of a Hal Melia arrangement - everything and the kitchen sink. It starts off easily and then BAM! The chart blasts into a double-time sax soli. Hal's searing alto solo is terrific, and the ensemble punches an updated Kansas City Style release. Drummer Todd Strait applies the brakes, and the chart winds down to a campy, tongue-in-"Cheek" ending. Chuck Tumlinson's luscious arrangement of MY ONE AND ONLY LOVE features Fred Mullholland on flugelhorn. The chart has a distinct Gil Evanish flavor, with ostinato figures that anchor the ensemble behind the solo. Wayne Sorter's timeless BLACK NILE was arranged by trombonist Paul McKee. Christlieb and McKee are the featured soloists, and in addition to some tight ensemble playing, there is great energy and excitement created by drummer Todd Strait. THE MEANING OF THE BLUES is Dan Galley's beautiful, dark arrangement of the Bobby Troupe classic. Pete Christlieb is again called to the fore, this time in a sparse, ECM-like setting that builds throughout. IF I ONLY HAD A BRAIN, another Dave Aaberg offering, was commissioned by featured flugelhorn soloist Jay Sollenberger. After hearing the tune quoted in various trumpet solos at BBB performances, Jay thought it would be fun to play the whole thing! The unusual ¾ setting was also Jay's idea. At least seven other Wizard of Oz tunes are quoted in background figures and counter lines during the course of the chart. Can you find them? ALONE is the only offering not penned by a member of the BBB. Bob Curnow's arrangement of the Blood Sweat and Tears tune was originally recorded by the Kenton band. This exciting rock/fusion chart features the soaring trombone of Steve Dekker. Paul Robert's treatment of McCoy Tyner's THE SEARCH FOR PEACE once again showcases the phenomenal Pete Christlieb. The chart, built around a simple "Combo feel," allows Pete to speak freely, then builds to a spectacular double A in the lead trumpet (lead player Danny O'Brien is also playing lead for Maria Schneider!), followed by a massive fall. Rounding out the set is Chuck Tumlinson's original IT'S NOT ABOUT YOU. This up-tempo burner includes a trumpet soli section and solos by Pete Christlieb and Steve Dekker. The BBB has performed and recorded with many great guest artists including Eric Marienthal, Tom Harrel, Kevin Mahogany, Pat LaBarbara, Frank Mantooth, Karrin Allyson, John McNeil, Jeff Hamilton, and of course Pete Christlieb. Here is what all about jazz.com critic Jack Bowers had to say about "LIVE". Although it has discarded the words "Kansas City" from it's name, this is indeed the same hard- swinging group from America's heartland that recorded three other superlative albums since it was formed in 1989. And if I were writing a promo ad for "LIVE" at Harling's upstairs, it's first ever live recording, it would go something like this: "New and improved formula! Now with Pete Christlieb added for extra strength and bonding power.".......The band sounds awesome. This is simply put, one of the finest big-band albums of the year, and should be very high on every enthusiast's must-have list. It may even warrant consideration as a "desert island choice". Critics have been unanimous in their praise of the band's previous recordings THE KANSAS CITY BOULEVARD BIG BAND (SB2051) Mark Holston of JAZZIZ magazine praised the band. "All the studio hotshots in LA and New York might want to take notice: THE KANSAS CITY BOULEVARD BIG BAND is as good as any in the land. The band has an abundance of first rate soloists, but it's the band's energy and versatility that forms the strong, lasting impression. THE KANSAS CITY BOULEVARD BIG BAND (SB2051) Trumpeter and leader Michael McGraw with arrangers Dave Aaberg, Chuck Tumlinson, and DanGailey give us a big band sound similar to Woody's Herman's 70's Herd with a touch of Thad and Mel and perhaps Kenton included. Vocalist Kevin Mahogany joins the group on THERE WILL NEVER BE ANOTHER YOU AND Karrin Allyson brings a lovely quality to a bossa-ized I CONCENTRATE ON YOU. The rest of the tracks are instrumentals full of supple ensemble mobility and fluent soloists. Owen Cordle-JAZZ TIMES THE KANSAS CITY BOULEVARD BIG BAND: STELLAR (SB2075) Another of the seemingly endless supply of American Big Bands, this Kansas City band is as good as any I've heard. This band is awash with writers who also arrange and are great soloists. The section work of the whole band is exemplary and precision and clinical brightnes are well to the fore. Eddie Blackwell-JAZZ JOURNAL INTERNATIONAL THE BOULEVARD BIG BAND: TAKE ONLY FOR PAIN (SB-2130) 'Pain was named to CADENCE magazine's top ten big band recordings of 2004. It also spent time on jazz DJ Bob Parlocha's top forty jazz CD list.

Here's what you say about
Unfortunate Heads - Come Be Light.