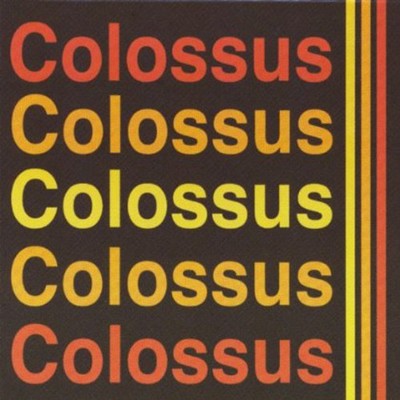 Colossus, a 17-piece modern jazz orchestra, comprises some of the most promising young talent on the music scene today. Based in Rochester, NY, Colossus consists of current and former students of the Eastman School of Music. Co-led by three award-winning composers, Dave Chisholm ('Radioactive,' 'Calligraphy') of Fairbanks, AK; Mike Conrad of Bettendorf, IA; and Levi Saelua of Sacramento, CA, Colossus has been gathering a loyal following since it's inception in the fall of 2012. Performing only the compositions and arrangements of Chisholm, Conrad, and Saelua, Colossus delivers an original and innovative sound, as evident on their stunning debut album simply titled 'Colossus.' The six tracks on 'Colossus' reveal a musical jigsaw puzzle as the musical personalities of the three composer/arrangers blend seamlessly to create a musical statement greater than the sum of it's parts. From the madcap transitions on 'West Point' to the downright mean jazz march in 'Science Adventure'; from the incredible last chorus of 'Up and Up' to the apotheosis of the simple opening idea of 'Little Vikings'; from the beautiful low-end agility of 'Mild, Mild Midwest' to the moving closing of 'Come Thou Fount of Every Blessing,' 'Colossus' is an entertaining, satisfying, and rewarding listen. Musicians: Woodwinds - Levi Saelua, Alexa Tarantino, Marc Abrate, Erik Stabnau, Karl Stabnau Trombones - Alistair Duncan, Mike Conrad, Brendan Lanighan, Greg Hammond Trumpets - Charlie Carr, Dave Chisholm, Joe Kozlowski, Reid Poole Guitar - Gabe Condon Piano - Jacob Dupre Bass - Matt Krol Drums - Jeff Krol.

Here's what you say about
Colossus - Colossus.