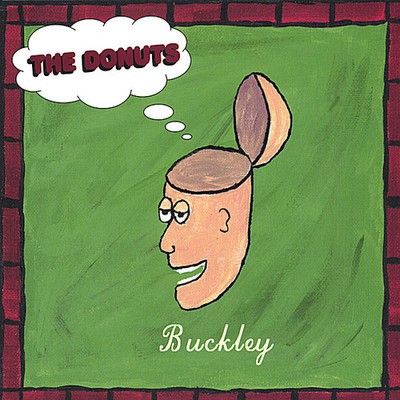 Bluegrass Unlimited (December 2001): 'Rainy Pass is a galvanizing bluegrass aggregation based in the Pacific Northwest, who play a charismatic brand of luegrass. 'Cold Rains of Winter' is apparently the band's debut release and proves to be a spine-tingling package consisting mostly of well crafted originals. The quintet is comprised of musicians who collectively bring many years of experience together to create a well oiled music machine. Individual members of Rainy Pass are Nancy Riccio (bass and vocals), Don Share (guitar and vocals), Alan Ehrlich (banjo and vocals), John Tubbs (mandolin and vocals), and fiddler Paul Elliott. Orville Johnson (resonator guitar) guests on the instrumental 'Dry County' and 'Painting the Town With My Tears.' Nancy Riccio is the band's prime songwriter, having contributed eight of the eleven selections, including such titles as 'Kentucky Pride,' 'Dry County,' 'The Ring Behind the Glass,' 'The Devil Underground,' and 'A Run for Your Love.' Paul Elliott and Alan Ehrlich each present a pair of exciting instrumentals, 'Steel Lake Breakdown' and 'High Divide,' respectively. The Grandpa Jones classic, 'Eight More Miles to Louisville,' rounds out the line-up for this provocative offering of contemporary bluegrass. If the contents of 'Cold Rains of Winter' are any indication, the future for Rainy Pass is indeed filled with promise and excitement.' Victory Music Review (September 2001) says: 'Rainy Pass has all the tools -- fresh music, tight harmonies, great musicianship, and the ability to project feeling into both the vocal and instrumental work. Add Rainy Pass to the list of great Northwest bluegrass bands. Up at the top!' Rainy Pass is one of the most exciting new bands to emerge from the Northwest bluegrass scene in years, featuring some of the hottest singers and pickers around, with a unique twist: Nearly all of it's repertoire consists of innovative, original material. This Seattle-based band has a fresh, distinctive sound that combines the best of traditional and contemporary bluegrass, appealing to a wide range of tastes. The Rainy Pass sound is characterized by soulful, driving lead vocals; tight, smooth harmonies; and expressive, tasteful picking. Perhaps most importantly, Rainy Pass delivers a highly professional, entertaining stage show that is sure to delight many types of audiences Rainy Pass features: Nancy Riccio Acoustic Bass, Vocals: Rainy Pass is unique in having a female lead singer with the raw power, edge, and soul of a Del McCoury or James King. Nancy's vocals are supported by her rock-solid bass playing. A top finalist in the prestigious 1999 Northwest Songwriter's Contest, Nancy crafts most of the band's material. She is a featured backup artist on a CD by Seattle blues legend Brian Butler and played with the popular band Sockeye for several years. Nancy was recently honored to be selected for this year's IBMA Songwriter Showcase in Louisville, Kentucky. John Tubbs Mandolin, Vocals: Rainy Pass is proud to showcase the talents of John Tubbs, a veteran performer and an exceptional mandolin player. John is a former Western Canadian mandolin champion and has played bluegrass for over 20 years. He is best known for his work with such notable local bands as Northern Pacific and City Limits. Not only does John provide the hard-driving, rhythmic element that is essential to the traditional bluegrass sound, he also writes terrific songs and is featured on Northern Pacific's acclaimed recording 'Lone Pine.' Don Share Guitar, Vocals: Don is simply one of the best bluegrass guitar players around. His exquisite sense of rhythm and tastefully executed guitar runs punctuate and drive the Rainy Pass sound. Don's precise harmonies shape the band's rich vocal blend and his lead singing provides the perfect complement to Nancy's more traditional style. Don has been a respected musician around the Northwest bluegrass scene for many years and was a founding member of the band Who's Driving?, a Seattle favorite. Paul Elliott Fiddle, Vocals: One of the premier fiddle players in the Northwest, Paul has played bluegrass and other styles for 25 years and has toured with such prominent artists as The Good Old Persons and Michelle Shocked. His supportive playing embraces a delightful blend of traditional influences. His recording experience is extensive and features many radio, television, and film scores, and a long list of CDs that include Scott Nygard's 'No Hurry' on the Rounder label. Alan Ehrlich Banjo, Vocals: Rainy Pass is fortunate to feature Alan Ehrlich, a talented singer and multi-instrumentalist. Alan brings a rich and diverse musical background to the band. He was a member of the Boulder, Colorado-based band Quarter Moon for many years. The only predictable aspect of Alan's lead and backup playing is that it is always exceptionally creative and tasteful! Alan also writes material for the band, with a particular flair for satire.

Here's what you say about
Rainy Pass - Rainy Pass : Cold Rains of Winter.