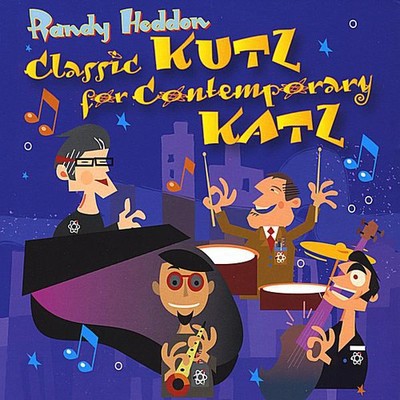 It's been an interesting musical career for Randy. His first job in Los Angeles (after graduating from Boston's Berklee School Of Music), was as a singing waiter, and he learned about the fine art of busing tables and cleaning ashtrays from Peter Tork of the Monkees. He put together his original New Wave band "Bad Felix" in the 1980's and performed throughout Los Angeles opening for many of L.A. mainstay acts including "The Motels," "Oingo Boingo," and "Tommy Tu-tone." In the early 90's Randy decided to travel the world, and for the next 8 years had long engagements in Japan, Australia, Hong Kong, Taiwan, Norway, Sweden, Denmark, Spain, and The Virgin Islands. In 2000, Randy re-located back to Los Angeles and started writing a new album with saxophonist Jimmy Street that eventually became "L.A. Dialogues." The CD was released in 2003 and was "the most-added" new CD to many smooth jazz stations that summer. It continues to be a staple on XM and Sirius smooth jazz stations. Randy (along with re-locating to Santa Fe, NM) then recorded and completed his CD entitled "The Road To Santiago." It features Chick Corea\'s saxophonist Eric Marienthal, Ray Charles and Nora Jones' guitarist Irvin "Magic" Kramer, among many other great L.A. musicians. In September 2007, Randy was chosen as one of the top four New Mexico's best new Jazz acts. Randy\'s newest CD, \'Classic Kutz for Contemporary Kats,\' brings him back to the golden age of swing and the big band era. As Randy states in his liner notes, \'Last year I wanted a new grand piano to replace one that I left in Los Angeles. I looked at some beautiful new Yamahas and a variety of others, but none seemed right. The owner of the local Santa Fe music store mentioned that he had a piano on consignment as the owner was going to New York, but it wasn't right for his clientele as it was almost a hundred years old and his customers wanted new pianos. I was shown a beautiful 97 year old Baldwin grand. The years had taken their toll and it did have scratches and dings, but the moment I sat down I knew this was the piano. We negotiated and I bought it. I started playing songs of Cole Porter and Gershwin that I hadn't played in years, and kept thinking this piano had played all these songs when they were brand new, not 70 years old. I was suddenly hearing and playing songs in different ways then I had previously. I had always said someday I would do an album of standards, and this is that album, and I thank my Baldwin piano for inspiring me to finally create the album.\'

Here's what you say about
Randy Heddon - Classic Kutz for Contemporary Katz.