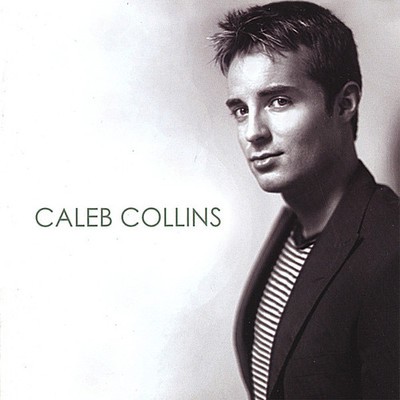 When first meeting singer-songwriter-worship leader Caleb Collins, one is immediately impressed with his charismatic and charming demeanor, cradled by a vibrant smile that can light up a room. Then, one is quickly enraptured by the passion, love and zeal for the call of God on his personal life and the ministry that he has been so graciously entrusted with. Caleb was born and raised in the small farming community of Twin Falls, Idaho, and has been afforded the rich heritage of being raised in the church. He states, "I was in church every time the church doors were open, for anything and everything, from choir practice to prayer meetings to board meetings then back to Tuesday night and Sunday night services". At the age of 5 years old, Caleb had already asked Jesus to come into his life and it was then that he felt God calling him into the ministry. He wasn't sure what aspect of ministry...but he knew that God was calling him to a higher destiny and purpose. Caleb began studying piano at 5 years old and continued to grow musically throughout junior high and high school. He began to lead worship at his church in Idaho, which also led him to record a live praise and worship project, featuring several of his own compositions. This recording has had several positive reviews, and he counts it as a highlight of his relatively young career. Fast forward several years and one will find Caleb is currently embarking on the next successful stage of his musical career. During the typical week, you will find Caleb serving as a Worship Pastor of a strong and growing church in Middle Tennessee. You will also find him perfecting his songwriting skills alongside the likes of such talented and gifted songwriters as Dove award winners, Sue C. Smith, Joel Lindsey and Wayne Haun. His songs have been recorded by many of today's top artists including The Lewis Family, Kenny Bishop, The Perrys, Calvin Hunt and the list continues to grow. Both Kenny Bishop and The Lewis Family's latest projects were Grammy and Dove nominated. Caleb has just completed his new CD, simply entitled "Caleb Collins-Classic". The project is a collection of Hymns that is certain to encourage and edify the listener. The project has been chosen as a Family Christian Stores Exclusive CD, which will be available in their 300 plus store chain locations this summer. In a recent interview, Caleb had this to share about his dream project "Classic": "Music has affected me for as long as I can remember. I was a 'crier' as a kid, and certain songs had the power to make me start balling instantaneously. I still cry, but usually only in church, or in a movie. Ever since I began sneaking into performances in my hometown auditorium, I've been fascinated with orchestra. I dabbled with orchestrating when I was in 8th grade, and poured over classical scores until I couldn't see straight. I practiced for hours on my piano, in my room, creating and experimenting. So, there it is: I love music. I write it, sing it, play it, arrange it, and breathe it. I just finished a new album that showcases all my musical interests. I got to orchestrate all the songs, and conduct the orchestra in the studio. That was a dream come true. I wanted to do an album of classic hymns, with new, fresh arrangements. Something that wasn't trendy. Something I'd look back at in 20 years, and still be proud of. So, hopefully, I've accomplished that. " The prolific, heartfelt and anointed musical gift of Caleb Collins continues to stir the hearts of his audiences worldwide. It is evident that his name will go down in music history as one of the most prolific writers, worship leaders and singers of the 21st Century.

Here's what you say about
Caleb Collins - Classic.