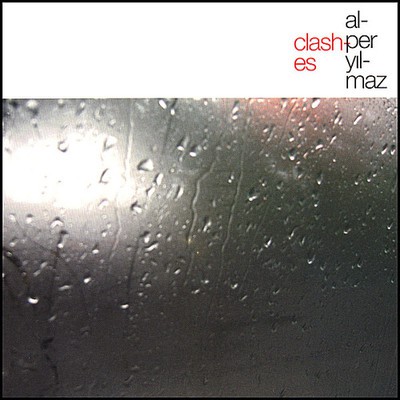 Bassist, composer, and arranger Alper Yilmaz started playing guitar at the age of 10 and took electric bass as his main instrument in 1993. As a bassist, he performed regularly with the most prominent jazz musicians in Turkey during 1993-1995 period, including the Tuna Ötenel and Janusz Szprot Orchestras. As a sideman, he also recorded with Tuna Ötenel in his 1995 record "Sometimes' from Uzelli Records. Around this time, he appeared on several broadcasts on the national Turkish Radio & Television, and he hosted a radio show named "Jam Session" on Radio METU in Ankara, Turkey. During his studies at University of California, Davis for a Ph.D. in economics (1995-2000), Alper Yilmaz played with the UC Davis Jazz Band. In California, he also performed with the internationally renowned saxophonists Mike McMullen (Dave Liebman, Ray Charles, Randy Brecker, Sonny Fortune, Manhattan Transfer, Diane Schuur, Natalie Cole, Kenny Wheeler) and John Tchicai (John Coltrane, Archie Shepp, John Lennon), as well as guitarist Dave Lynch and many other jazz musicians. Since his arrival in New York in December 2000, Alper Yilmaz has established himself as a promising and active player of his generation on the local scene. He has attended workshops by John Patitucci, studied jazz music theory with Matthew Garrison, and took private classes from Adam Rogers and David Binney. He also studied improvisation with Antonio Hart, and arrangement and composition with Michael Mossman at the Queens College Aaron Copland School of Music. Currently, Alper Yilmaz works as free-lance bass player and performs regularly with his Project including Michael McGinnis, Nick Kadajski, Erik Deutsch, Matthias Bublath, Vinnie Sperrazza and Mark Dodge in New York, and Sarp Maden and Volkan Öktem in Turkey. Alper Yilmaz released his debut recording "Clashes" in August 2007, featuring Michael McGinnis on soprano saxophone and clarinet, David Binney and Nick Kadajski on alto saxophones, Jon Davis and Matthias Bublath on keyboards, and Andy Sanesi and Volkan Öktem on drums.

Here's what you say about
Alper Yilmaz - Clashes.