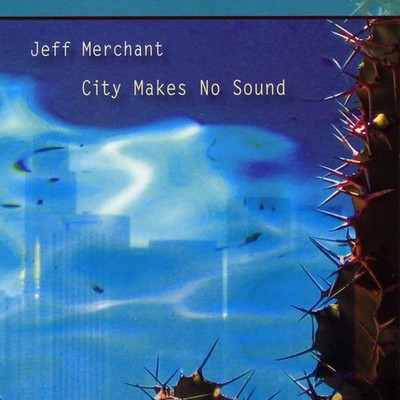 After the release of his well received last CD, the orchestral indie-pop sounds of 'Window Rolled Down', Jeff Merchant went back into the studio and emerged with a unique, fully produced 15 song recording called, 'City Makes No Sound'. With nearly a CD and a half of material fitting on one disc, the songs range in style and structure but share a common alternative pop aesthetic of melodically dense arrangements, musically intricate parts, loops and effects, thought provoking lyrics and smart production. The musicianship is top notch thanks to an array of talented musicians that played on it. And Michael Rozon again utilizes his special production and engineering wizardry that is apparent from the first listen on. The CD was recorded, mixed and mastered with a full spectrum of sound in mind - deep, full bass with bright harmonies and a rich, balanced center. Los Angeles-based singer/songwriter Jeff Merchant had an extensive involvement in the local scene before launching a solo career. He created the alternative songwriter showcase 'Broken Mic,' which held a regular residency at the Spaceland nightclub in Silverlake. Merchant has performed in numerous groups, including with the nationally renowned Stew (of Passing Strange). He co-fronted the orchestral pop band MetaTonic and was the frontman for the quirky art-pop band PG-13, known for it's inspired interpretation of Willy Wonka's "Pure Imagination", before becoming a founding member (with Stew) of the cult fave band the Lullabies, who released their psycho-eclectic pop album, Lullabies' Lullaby. While continuing to work with this group, he also recorded his own debut solo album, Window Rolled Down, which received national radio airplay on over 150 college, specialty and AAA stations and also on many internet radio stations and podcasts.

Here's what you say about
Jeff Merchant - City Makes No Sound.