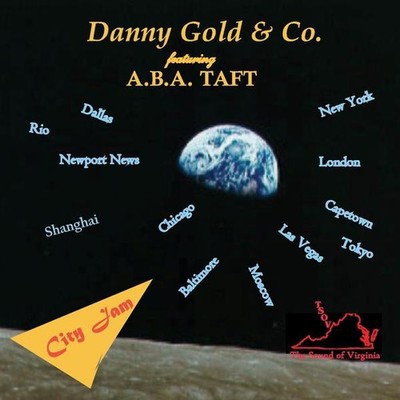 The new album on TSOV Records by Danny Gold & Co. Featuring A.B.A. Taft. The album features updated covers of a couple of TSOV classics as well as some new songs which continue in the TSOV legacy. The album showcases the vocals and musicianship of veteran A.B.A. Taft and Danny Gold. In the early days of TSOV & Stone Gold Records, Goldstone frequently utilized and featured the talented Taft as his guitarist on numerous recordings and shows. A.B.A. has been living in Hong Kong for the past several years after spending some years in Miami, Florida, touring, recording, and jamming on stage with artists like Prince, KC & the Sunshine Band, Betty Wright, CL Blast, Bruce Springsteen, Clarence Clemmons, Madonna, The Temptations and others, including some of the major Asian Pop and R&B artists like Hins Cheung (?? ?) and Eason Chan (???). Goldstone was lead singer, writer, and producer for The Deceptions, Royalty, Peace, Justice & Equality, as well as a solo artist with a long track record in the music industry which has resulted in an international group of fans of Danny Gold and his TSOV, 8th Avenue, and Stone Gold Records labels. The music on City Jam is a mixture of Jazz, R&B, Soul, Rock, and some good ol' VA Funk. Also to be available on vinyl later. The album is produced by the Stone Gold Writers team (Danny Gold, A.B.A. Taft, and General Jo).

Here's what you say about
Danny Gold & Co. - City Jam.