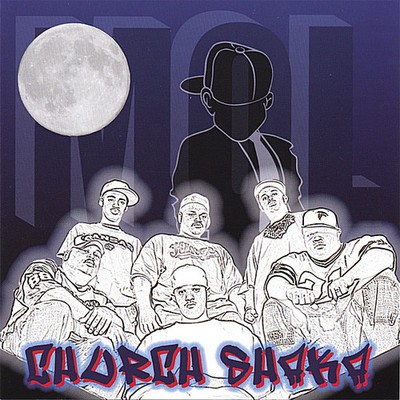 The Mobsters of Light Mobster - n. - members of a...gang FOUNDATION: Matthew 5:16 - "In the same way, let your light shine before men, that they may see your good deeds and praise your Father in heaven..." We are members of God's 'gang', the bible says in Matthew 11:12 "...until now the kingdom of heaven suffered violence, and the violent take it by force, and we're taking back EVERTHING and EVERYONE the enemy has stolen and we are taken them by force. And also Joel 2:25 says the God will restore to us the years that the locusts, cankerworm and palmerworm have eaten. We take back what God has promised us by using his Light, Jesus Christ, the Light of the World. We follow him and we 'shall have the light of life!' The Mobsters of Light a.k.a. The M.O.L. is an innovative, thought provoking, soul stirring; hip-hop crew came together in 2003. God gave Elder Nick Smith (Hit-Man) a vision to start a gospel rap group named Mobster of Light. The focus of the group would be to provide today's hip-hop lovers with an alternative sound and to reach the lost. The Mobsters consist of jayVcee, formally Rebel 4 Christ, now known as Ground Pounder, Mouth Almighty, and Hit-Man. Later God blessed us with Da Mediator and B-Dawn. With all the immoral standards of today's mainstream rap, the M.O.L. is definitely taking a bold stand against the constant deterioration in the society of music. They desire to see the next generation regain the true meaning of music with positive reinforcement. The group comes well equipped with the ability to produce and write their own music. Their current highly anticipated album "Church Shaka" is one of the first of it's kind. It is expected to cross over and reach both mainstream and gospel music listeners. These men are sending the message of hope to all who are willing to hear and receive. The Mobsters of Light are in high demand to minister in a variety of events, such as the Sony Urban Music Showcase in Little Rock, AR and several different churches and venues across the south and southeast region including Chicago and Atlanta. In October of 2006 they teamed up with Grammy Nominated, Stellar Award winners, Holy Hip Hop and submitted one the songs off of the album "Church Shaka" called "Who Is God" to be featured on their national recording "Holy Hip Hop Volume 4: Taking the Gospel to the Streets". The M.O.L. are moving at the speed of light without any hesitation to accomplish their goal of pushing their on the edge sound of hip-hop around the country and the globe. "ain't nobody in the world big as God man!"

Here's what you say about
Mobsters of Light - Church Shaka.