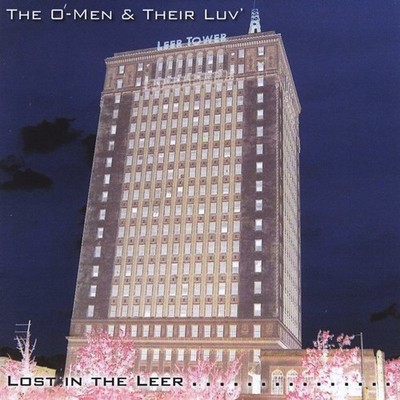 "I think I'll be someone I've never been before," sings Heather Kropf in "Sweet Liberty," one of the key tracks on Chrysalis. The album (available June 17) is the Pittsburgh-based singer/songwriter's fourth long-player, but in many ways it feels like a debut release. There's a sense of transformation and new possibility pouring out of these tracks, heard in both the songs and the sound of the recording itself. Heather sings of change, healing and redemption with a voice tempered by experience and inspired by hope. It marks a breakthrough for her both personally and artistically. Fans of Heather's previous work know her as an artist of unusual depth and insight, blending elements of folk, R&B and pop into a distinctive whole. Those qualities are refined down to their essentials on Chrysalis, reflecting the shifting priorities in her life overall. After battling immunity dysfunction and chronic fatigue for several years, she has emerged with a renewed commitment to making music on her own terms. "For me, this album is about transforming something almost lost into something redemptive and life-giving," Heather says. "I wanted to take my ego out of the equation a little bit and have the record be more about the process of the music itself. That involves stripping off your identity and reconstructing something new where there's no box anymore. At that point, you accept that all the things you build your life around aren't really you. I wanted to capture that kind of discovery..." In terms of both sound and content, Chrysalis embodies this kind of honesty and self-revelation. The tracks are spacious and uncluttered, allowing the songs to speak clearly through the playing of Heather and her fellow musicians. The album's lyrics are poetic yet conversational, mixing confessional vignettes with images of the ocean, the sky and the seasons. Heather's singing is intimate and evocative, inviting the listener to lean close and listen deeply. There's a clarity and vividness to Heather's latest work that harkens back to the classic singer/songwriter era of the '70s. The moody emotional landscapes of "Ghost in My House" and "Harvest And Snow" are balanced by the sunnier, more joyful scenes within "Rain Quilt" and "Old House Show." Whether she's taking a wild flight into sci-fi imagery ("Out Of Our Atmosphere") or asking hard questions about human greed ("Poison For Water"), Heather's songs combine polished craft with an uncompromising point of view. In recording Chrysalis, Heather sought out a fresh combination of studio partners to help her realize her vision. For her co-producer, she chose Jeff Berman, a versatile jazz/folk player and composer known for his work with the eclectic trio AppalAsia. "Jeff is outstanding," she says. "He's unflappable and has great rapport with musicians. And he has a similar sense about going beyond the boundaries of music genres." "There's a timeless quality we were hoping for with Heather's album," says Jeff. "We wanted to go for something very open and spacious, so that the space in the sound we created was as important as anything played on the record. Fortunately, we found musicians who didn't need to play a lot to say a lot. That turned out to be a very crucial element in making Heather's record sound so wonderful." Recording primarily at Audible Images under the guidance of engineer Jay Dudt, Heather and Jeff rounded up a cast of diverse musicians to create unique moods and textures. Chris Parker's lead guitar work and drumming stands out for it's creativity and nuance. Ben Shannon helped shape the arrangements with his fluent acoustic guitar playing. Pete Freeman's pedal steel guitar and Skip Sanders's Hammond B3 organ added vivid atmospheric touches. Jeff played instruments as diverse as dulcimer, Wurlitzer piano and vibraphone, while Heather held forth on piano and Fender Rhodes. Binding it all together were the supple bass lines of Randy Venturini (electric) and Jeff Grubbs (acoustic). Joy Ike, Chris Hannigan, Preach Freedom, Mark Williams, Shay and Keith Hershberger enriched the tracks with vocal support. "Let's take the long road home," Heather sings on the album's closing track "Valentine." It's been an eventful, sometimes challenging but ultimately exhilarating road that's led her to create Chrysalis. It's a journey that's truly beautiful to hear. - Barry Alfonso.

Here's what you say about
Heather Kropf - Chrysalis.