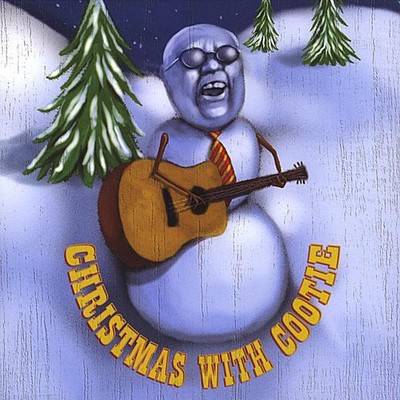 Cootie Stark was called the King of the Piedmont Blues. He learned songs from the originators of Piedmont Blues - Baby Tate, Pink Anderson, Walter Phelps, Peg Leg Sam and Blind Sammy Doolie. Cootie had a repertoire of hundreds of nearly forgotten Old Blues and Gospel songs, making him one of the last direct links to a South long gone. When Cootie Stark died last year, we lost an important link to our community\'s musical past. Cootie was born Johnny Miller in 1927, in Abbeville County, SC. His mother told him that he began singing as a baby and played rhythms on cans to pass the time. Born with poor eyesight, he wasn\'t able to attend school. When he was 14, he schooled himself on his first guitar and began to play on street corners of Abbeville. He lived in Anderson for a short time and around 16 moved to Greenville. That\'s where he met Baby Tate. Cootie would follow him and his band around while Tate would teach him songs like \'Little Lean Woman\' [Skinny Woman]. He would sometimes play his guitar on Spring Street to make money. Cootie began to travel from town to town playing on corners and dances. It wasn\'t easy. He was kicked around, abused and robbed, but he kept on playing. By the time he\'d reached his thirties, Cootie had completely lost his eyesight, but he kept playing. In an interview with Timothy Duffy, Founder of the Music Maker Foundation, Cootie said, \'Many times I was hungry. But I made it. Peoples give me somethin\' to eat, give me a good meal, then I move on to another place and I might not get no real good meal ... maybe some saltine crackers and sardines, cheese, pig skins. But I made it. I didn\'t worry Mama and them \'bout nothin\'; I wanted Mama and them to know that I could make it.\' Although music was his forefront, life as a transient bluesman was hard on the body and pocket. After years on the road Cootie was left with little money and a dwindling audience for the deep-rooted blues that defined his style. In the 1980\'s the blind Stark settled into the Woodland Homes Projects in Greenville, SC. \'By then, the real Piedmont Blues was pretty much gone,\' he said. \'All them guys were dead and gone and I wasn\'t making no headway.\' In the spring of 1997, Tim Duffy heard Cootie playing electric guitar and singing Fats Domino songs. Duffy questioned Stark about his knowledge of the old songs and was blown away to find himself face to face with a Piedmont Blues original. Within months, Cootie had a new acoustic guitar and a promising career. Stark toured France, Costa Rica, and Switzerland as well as appearing at the Lincoln Center for the Performing Arts in New York. He performed at major Blues Festivals across the US. His abrasive, percussive guitar style would meld with a vocal arsenal that ranged from a roughhewn gospel shout to a tight, pretty vibrato. Both European and American audiences have been held captive by Stark\'s raw and powerful performances. Before he died in April of 2005, he was recipient to The Jean Laney Harris Folk Heritage Award from the SC Arts Commission for his contributions and preservation of the Piedmont Blues. His brother accepted the award on his behalf in May 2006 from the State Legislature. In his final years Stark was recognized and praised as an International Blues Figure. The Greater Abbeville Chamber of Commerce plans to honor Stark at the inaugural Piedmont Blues and Hash Bash October 13th and 14th.

Here's what you say about
Cootie Stark - Christmas with Cootie.