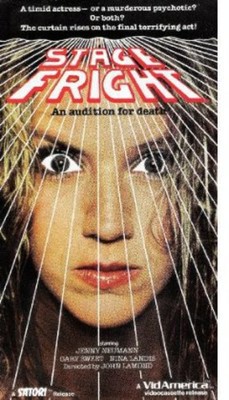 Celebration of the Christmas holiday includes a musical tradition that is certainly the richest of the church year, spilling out of it's sacred context to embrace secular music as well. For this project-a collection that includes a CD and the musical score to 30 selections-we have chosen to perform sacred music, including works written for Advent, Christmas, and Epiphany. We have selected a wide variety of music - familiar Christmas tunes, little-known gems, and interesting variations on familiar themes. Much of our Christmas music evolved in the Protestant Church, especially in Germany, and derived from it's settings of hymn tunes, called chorales. Chorales were created for the new church during the Reformation by Martin Luther and his contemporaries to be sung in the vernacular, rather than the Latin of the standard Catholic liturgy, so that the congregation could understand and actively participate. In the Baroque era, these chorales launched a new repertory of vocal compositions - cantatas, oratorios, and Passions - as well as new instrumental traditions that included preludes, variations, fantasias, and fugues. The chorale prelude developed out of the custom of playing organ compositions inspired by chorales. Before a congregation sang a chorale, the organist would perform a prelude based on the tune of the chorale. Bach's chorale prelude on "In sweet Jubilation" (In Dulci Jubilo) clearly states the hymn tune above the arpeggiated accompaniment, while Pachelbel's prelude on "From Heaven Above" uses the tune as the bass line, and Brahms prelude on "Lo, how a Rose e'er blooming" is a variation of the tune, full of melodic ornamentation and Romantic harmonies. Carols have long been associated with the Christmas celebration, but they originate in the distant pagan past. According to the Harvard Dictionary of Music, "The name is thought to be derived from the medieval French word carole, a round dance, the assumption being that this term was associated with early pagan dance-songs, a ritual that was later merged with Christmas." The text of "The Holly and the Ivy" is a vivid example of this mixture of pagan and Christian symbolism with it's references to sun worship and holly, among other things. Holly was sacred to the Roman god Saturn and holly and it's berries were important to Druids. In this carol, the Virgin Mary is likened to holly and Jesus to the berries. The pastorale is the musical embodiment of the Nativity. The word pastor means shepherd, thus a pastorale is a piece that depicts peaceful country pursuits such as herding sheep. According to the Gospels, angels announcing the birth of Christ appeared first to shepherds. Also, Christ is often characterized as the Good Shepherd. A pastorale is typically written in a compound meter such as 6/8 and performed at a moderate tempo, suggesting a lullaby. Although some of the pieces on this recording are not, strictly speaking, music for Christmas, they are pastorales ("Jesu, Joy of Man's Desiring") or they express imagery of the Good Shepherd, ("Sheep May Safely Graze"). Pifa is a piece associated with shepherds' pipes and shawms - the double-reed ancestors of the oboe and bassoon used in Europe from the 13th through the 17th century - and the early Italian tradition of shepherds coming into town on Christmas Day to play their instruments in imitation of the biblical shepherds.