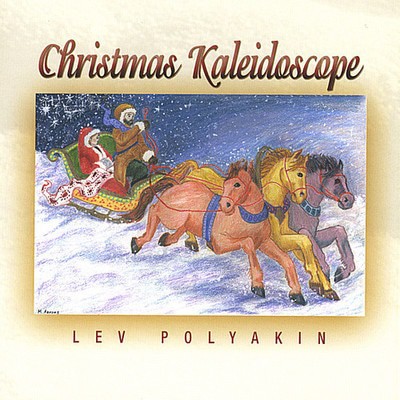 Inspired and influenced in his early years by Louis Armstrong, Ella Fitzgerald, Erroll Garner, Stephane Grappelli and the Beatles, among others, Lev Polyakin sustained an abiding love of jazz throughout all his years of classical training and professional playing. After growing up in Tashkent, Uzbekistan, Lev completed his studies at the Moscow Conservatory with Yuri Yankelevich and Leonid Kogan. At age 21 he was appointed co-concertmaster of the Moscow Chamber Orchestra. In that position he was regularly featured as soloist, with many of his performances recorded by Melodia. Lev emigrated to the United States in 1980, joined the first violin section of the Cleveland Orchestra in 1982, and is presently assistant concertmaster. In addition, he serves as concertmaster of the American Academy of Conducting Orchestra at Aspen Music Festival. In 1984 Lev became a prizewinner of the Carl Flesch International Violin Competition in London; among his honors was the Albert Frost Prize for best performance of a Beethoven sonata. Two months later at the Romano Romanini International Violin Competition in Brescia, Italy, he was awarded the Gold Medal and Special Prize for best performance of Bazzini's "Round of the Goblins.' In addition to his solo performances with the Moscow Chamber Orchestra, Lev has appeared as soloist with the London Mozart Players, Royal Philharmonic, and the Cleveland Orchestra. Classical recording credits include Melodia, BBC, National Public Radio, and Decca. His first jazz CD was entitled "Russian Blue.' He plays a violin made by Giuseppe Dall' Aglio, c.1820, and a bow by Jose L. DaCunha, made in the summer of 2001.

Here's what you say about
Lev Polyakin - Christmas Kaleidoscope.