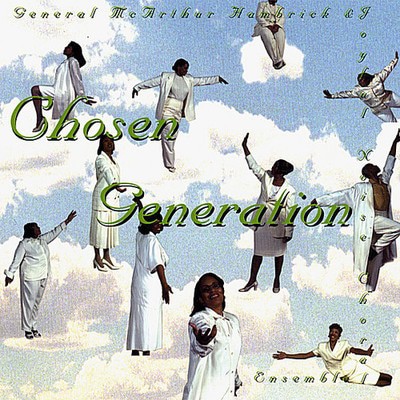 History of General McArthur Hambrick & Joyful Noise Choral Ensemble and More Their journey began around 1974, in Fort Worth, Texas. Four teenagers; General McArthur Hambrick, Don Denise Reed, William Berliner, and Yolanda 'Reed' Smith, enjoyed sitting outside the Reed family's house in their parents' parked car, singing Gospel songs one after the other, until the wee hours of weekend mornings. Soon they decided their God given talents had to reach beyond that 1969 Oldsmobile. General ventured out, asking several of his friends with whom he attended school (Paul Laurence Dunbar Senior High), to join the other four to form a group, which would soon become known as the Joyful Noise Choral Ensemble. Adding to the roster: Melissa 'Roberson' Harden, Devetra Jones, Michelle Felder, Nelda Roma Hambrick, Davetta 'Thomas' Sanders, Demotis Sherman, and musicians-Maxton Little and David Haynes, they were well on their way. The rehearsals were held at General's grandmother's church, Lone Star Temple. After 1979, life for the group began to change. Members moved away to attend college, others for career changes. But this didn't stop them! For each member who left the group, he replaced with other talented singers and musicians. Among them were, his older sister, Carroll Ann 'Hambrick' Simmons, Leonard Cross, Sherrie Barrett-Tucker, three sisters Gloria 'Jackson' Jones, Sherry 'Jackson' Alfred, and Linda 'Jackson' Cook, Hope Hogan, Todd Jeffries, Toye Franklin, Harriett Thompson, with Chuck Smith on bass guitar, Anthony 'Red' Jackson as the drummer, and Henry Smith on the piano. Once Henry joined the group, rehearsals moved to his house, where he and his wife Michelle, along with their three beautiful daughters welcomed the group with opened arms! Little did Michelle know her grocery bill would increase tremendously! These young people were eager to sing for the Lord, and they showed it by sharing their gifts freely. They had many engagements inside and out of the Fort Worth/Dallas Metroplex, as well as, Austin, Denton, Houston and other cities. No place was to far. Also Joyful Noise accompanied such gospel artists as Venessa Bell Armstrong and the late Mattie Moss Clark. After over 10 years of singing together, the group would finally part ways. General, who was the founder and director of the ensemble, moved to New York City to further his career in musical theatre. It was a sad ending to a wonderful union. At least that's what they thought! Much to everyone's surprise, it was only the beginning! Lisa Harden, one of the original members, had been battling in her spirit about bringing the group back together for a reunion musical. Well, after a lot of prayers, letters, and phone calls it finally came to pass. In 1998, JNCE came together for the first time in over 15 years. It was nothing short of a miracle when twenty of the former members met to share in this life changing event! This time it wasn't enough for General: 'Now that my life has been enriched by knowing Christ, and now that I can truly proclaim that I know what it means to have a personal relationship with Him, I feel it's time for me to share my gift by spreading the good news in song, that I might inspire, encourage, and that his light might shine through me!' And two years later he General decided to use his own savings to produce their first album: Chosen Generation. General McArthur Hambrick and Joyful Noise Choral Ensemble, hope you will enjoy their first album, 'Chosen Generation', and we pray it will be a blessing to you, as it has been to so many others! For more information please call 1-800-471-5808. If you would like to speak with someone in person please call 1-612-384-4127. You may also write us at: P.O. Box 1493; Laramie, Wyoming 82073 or e-mail to [email protected]

Here's what you say about
General McArthur Hambrick - Chosen Generation.