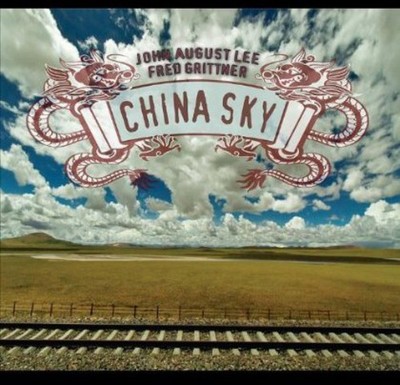 John August Lee and Fred Grittner worked two years on this album. John, a fan and student of The Kingston Trio, learned the recording and arranging techniques of the Trio's producer, Voyle Gilmore. He applied those lessons to this album, creating layered harmony vocals on a number of the songs. John, a great five-string banjo picker as well as a guitar flat-picker, put his talents to use on the songs 'Long Train of Dreams,' 'South Wind,' and 'Long Distance Call.' His soaring 12-string lead on 'Down Old Bailey Road' is one of the album's highlights. He also added drums and percussion on a number of tracks. Fred supplied half of the songs on the album and shared lead vocal with John. He also added guitar, mandolin, and harmony vocals. John's friendship with the current members of The Kingston Trio led to guest appearances by George Grove, Bill Zorn, and Rich Daugherty. George adds banjo and harmony vocals on 'Long Distance Call,' Bill does the same on 'Mexico' and Rick sings 'Born to the Sun' with John. Trio bassist Paul Gabrielson plays on five songs. Dave Batti, John Stewart's longtime bassist, adds his talents to 'Where the River Meets the Sea' (Fred's tribute to Stewart) and 'China Sky,' which was written by Stewart, a former member of The Kingston Trio. The 16-page booklet that accompanies the CD describes the story behind each song, the musicians who played on each track, and provides background from John and Fred on making of the album. The sound of the album harkens back to the 60s and early 70s, mixing folk with rock, bluegrass, and singer-songwriter genres. From the haunting 'Long Train of Dreams' to the rollicking party song 'Mexico,' the album is filled with surprises. The concluding song, 'China Sky,' is a hypnotic work featuring John's acoustic guitar talents. The eight-and-half minute recording, cut live in the studio, is something very special.

Here's what you say about
John Lee August - China Sky.