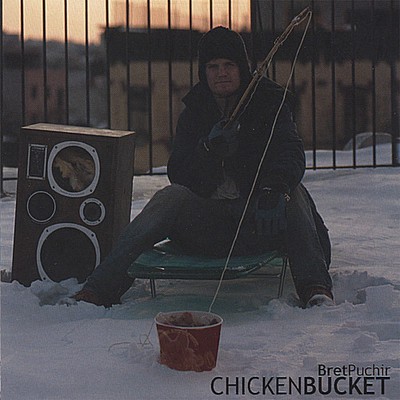 Bret Puchir has been sneaking into the smoke-filled jazz and blues clubs of New York City since the age of fourteen, sitting in with musical legends and quietly creating a name for himself in the world of blues. Ten years later, he's pioneering a new musical genre he's appropriately calling, 'Crunk Funk.' His journey started in the Bronx, where Puchir mingled with DJ's, MC's, and church musicians, who sparked new musical interests in him stemming from Jazz, Blues, Hip-Hop, Funk, and even world music. Creatively fusing these genres together has resulted in his unique and refreshing sound. Puchir produced, recorded, and played on the record, while various studio musicians were brought in to capture the essence of his tunes. Philip 'Chester' Lienhert, a gritty, Detroit-born bass player was brought in to the project for one reason: He could groove. Drummer Jahfet 'Jah' Landis provided an amazingly tight pocket for the hard hitting funk lines. 'Jah,' originally a church drummer, introduced David Rodgrigez, whose talent on the keyboard brought the project to another level. Puchir also recruited the talents of some of New York City's most accomplished horn players. With a new album and a lot of passion, this group is young, energetic, and ready to bring the funk back like it never left.

Here's what you say about
Bret Puchir - Chicken Bucket.