Duke & the Drivers - Check Your Bucket 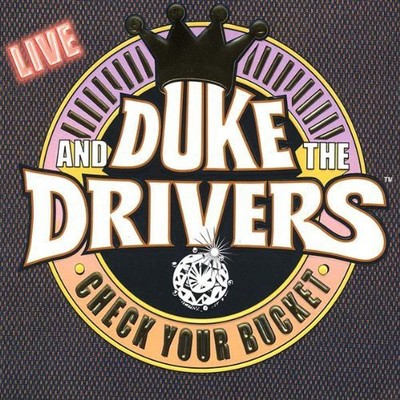 'Before there was The Blues Brothers, there was Duke and the Drivers.' Dean Johnson, Boston Herald, January 22, 2002 DUKE AND THE DRIVERS has achieved legendary stature as one of the greatest New England party bands of all time. From their inception, the band has been known for explosive rock and roll, funky rhythm and blues, and their outrageous stage show featuring front men Sam Deluxe, Cadillac Jack, Mad Mississippi Buffalo, Earthquake Morton and Rhinestone Mudflaps III. Formed in the early days of Boston Rock and Roll and as a result of the Duke's inspirational training regimen, the DRIVERS honed their skills playing nearly every college and roadhouse throughout New England. They went on to sign with ABC records, where they recorded two albums featuring the singles 'What You Got' and 'Check Your Bucket'. The DRIVERS have had the pleasure of working from coast to coast with the likes of: Aerosmith, B.B. King, Deep Purple, J. Geils, ZZ Top and the Eagles. They have garnered a devoted following of Duke fans which has continued to grow to this day. In recent years, DUKE AND THE DRIVERS has anchored a series of special events, including their now infamous Annual Christmas Show. Always a smash, this year's party at The House of Blues in Cambridge, Massachusetts sold out an unprecedented three nights in just a few hours. With the release of a new CD and Anniversary Celebration DVD, the Duke has felt compelled to gather his unique cast of characters once again, in 2003, for the Check Your Bucket Revue Tour. Along with the original members, this new revue includes side men associated with Buddy Guy, Peter Wolf and The Four Tops. The incomparable Uptown Horns, best known for their work with The Rolling Stones on their Steel Wheels Tour, are also on board. The Duke is very proud of this pan cultural extravaganza and the cross generational infusion provided in JK Sampson, the Duke's favorite guitar gunslinger and biological son of Sam Deluxe. With material that is more relevant today than ever, their zany stage antics, backed by an explosive rhythm and blues machine, the extraordinary 'Check Your Bucket with Duke and the Drivers Revue' is a special event, not to be missed. ' How exciting is this! ' RM3 - December 21,2002.

Here's what you say about
Duke & the Drivers - Check Your Bucket.