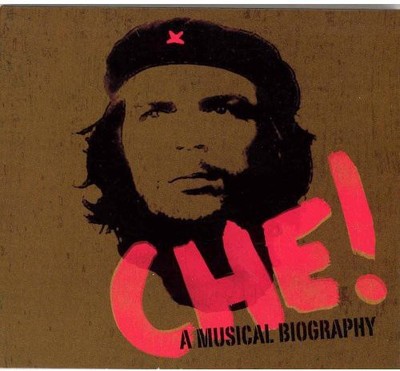 'A close yet atmospheric recording conveys an evocative array of colours from Nokuthula Ngwenyama and Michael Long. The duo do well by this rich, passionate and often haunting music, which amply holds one's interest with it's variety and deft pacing.' The Gramophone January 2005 '(an) evocative, haunting suite for viola and guitar...(Ngwenyama) really soars...an ambitious and well-executed project.' Strings Magazine October 2004 CHE!: A Musical Biography by Miguel Corella featuring violist Nokuthula Ngwenyama and guitarist Michael Long - Notes by A. Levesque EDI is proud to announce the North American recording debut of Spanish composer Miguel Corella in the much anticipated release of CHE!: A Musical Biography, Suite for Viola and Guitar. Corella explains his inspiration: 'CHE!: A Musical Biography' is not a political statement. It is my childhood. It is a memory, a generation lost in place and time but coming back full-circle. Growing up in Spain I was exposed to freestyle jazz of the 60's, when musicians went on what seemed to be a historic journey with sound and memory...flamenco, Coltrane, Ginsberg, and Franco all entered the mix. When I moved to Ecuador in the 80's I saw that the influences that profoundly moved me as a child in Spain were strongly enhanced by the flavor of the South American Afro-Indian influence. I don't know what kind of music this is, but it is mine as seen through the many lives and places of CHE! Corella's free-style of composition, combined with a complete lack of inhibition, make this potpourri of lush melody, pulsating rhythm, and virtuosity one for the hipsters. Even more intriguing is his innovative approach. He keeps things acoustic while exploiting daring and percussive elements not commonly associated with either instrument. Corella's aim is to draw the listener in to the fire, intimacy, and spontaneity of each instrument's expression: My mother played the viola, and in Spain everyone knows the guitar. That combination of sound is my youth, my passion, and I wanted to share it's depth and freedom in a larger creative statement. EDI is pleased to announce that Corella's North American recording debut coincides with the artists he chose to represent his creation. Violist Nokuthula Ngwenyama, known as one of the most promising instrumentalists of her generation, makes her recording debut on EDI with Corella's tour de force. Internationally acclaimed guitarist Michael Long joins her.

Here's what you say about
Nokuthula Ngwenyama - Che!: Musical Biography By Miguel Corella.