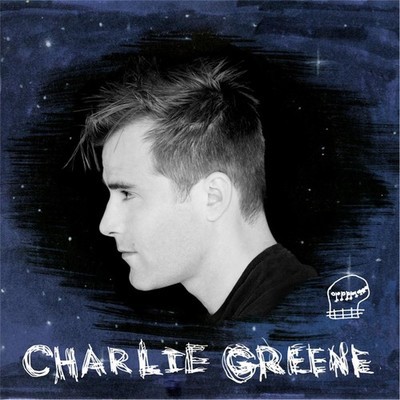 There's nothing mundane about Charlie Greene. Born the son of a touring singer/songwriter and recording artist, the grandson of a big band leader from the 40's and 50's, and the great-grandson of a front-porch, Georgia banjo player, music is in his blood. As a boy growing up in Atlanta and Los Angeles, Charlie was greatly influenced by the lives of the musicians in his family as well as their interpretation of original American music. He keeps this generational bond alive by performing in and around Los Angeles backed by his father and younger brother. Proficient on guitar and piano, Charlie is a singer/songwriter whose writing and musical influences are as diverse as his songs. From Harry Nilsson, Merle Haggard, Ornette Coleman and Burl Ives to Chopin's Nocturnes and Charles Bukowski, his style is a unique blend that defies categorization yet commands attention with a disarming show of lyrical firepower. Producer Ed Cherney (The Rolling Stones, Eric Clapton, Bonnie Raitt, Bob Dylan, Buddy Guy) notes, "When I heard Charlie for the first time, my heart nearly leapt out of my chest. I was driving home late from working in the studio for 18 straight hours. I was tired and it would have taken a lot to get me excited about anything. Here was this big, pure voice coming out of the speakers in my car, singing songs that were brave in their honesty, framed by really sophisticated and compelling musical arrangements. Charlie's songs are totally unique in their lyrical and musical perspective. In other words, it's really cool music." The late, legendary producer Phil Ramone commented after seeing Charlie perform for the first time, "Charlie Greene is truly a joy to watch perform, and his compositions apply a keen sense of musicality, humor, discovery, intellect and a distinctive lyrical point of view that is rare these days. His will be a career that will be fun to watch unfold." On the heels of Charlie Greene's 2012 album debut "Wildfire Music" comes "Charlie Greene", a new collection of songs that captures the attention of a discerning audience. "Man On Fire", the first single, has an infectious rockabilly flavor that doesn't let go. Charlie says it best: "It's kind of a lyrical cuspidor. Some simple music that became a home for some orphaned ideas that couldn't take shelter in another song. A manger for stranger phrases that were told there was no room at the inn for their kind. It's the wail of a weirdo trying to explain himself and failing spectacularly. It's also just some good hillbilly shit that's fun to play...." Charlie goes deeper in the album: "I'm Going Inside" is the last clicking gear that lights the match that burns the rope that releases the hound that runs you off the edge of the cliff into the wild blue yonder." CMT Edge writes "Based in Los Angeles and playing two shows in Nashville this month, Greene cites Merle Haggard and jazz musician Ornette Coleman as influences, which kind of puts him in unusual territory. Fortunately, this colorful character embraces his unusual perspective." Paste: "Singer-songwriter Charlie Greene's music career may be just gaining steam, but his old-timey sound and family ties to southern banjo music give this Atlanta native a certain edge." Magnet Magazine: "Like a blend of Ryan Adams and Leon Russell, Los Angeles-based singer/songwriter Charlie Greene is a balladeer. With Americana, piano rock and a country vibe in his back pocket, Greene delivers a sweet performance on "Lost & Found". According to Charlie, "Lost & Found" deals with unexpected redemption. It's about finding what you were looking for once you stop looking for it." Charlie's artistic endeavors extend into ceramic pottery and jewelry design, other art forms that allow him to express himself beyond his music. "I think pursuing an alternate creative medium is natural and necessary, at least for me. Once you start creating, you can't stop creating. Drawing a picture of a horse can be much more fulfilling than writing a song about a horse and one can really inform the other." "The tiles and ceramic jewelry comes partially from availability and proximity, I guess. My father is a potter and we always had a basement full of wheels and kilns and garbage cans full of clay and a rainbow of dry glaze mixes. I used to stand in the garbage cans of wet clay and slowly sink down until only my eyes were covered and watch him work for hours throwing pots and making elaborate phallic handles." "When you spend a lot of time taking songs apart and putting them back together you can really get lost inside of them and having a physical parallel like sculpture or painting can help you see the whole picture of a song all at once. Defining negative space. Seeing shapes in the wood." Multi-dimensional, unpredictable, lyrical, melodic and honest - Charlie Greene has something to say. It's time to listen.