The Orange Ocean - Caught in the Air 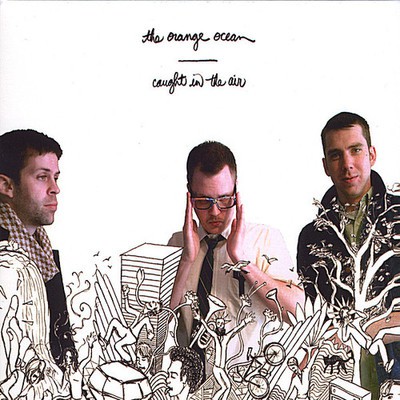 **The followup to their award-winning debut, 'Caught in the Air' is the latest release from acclaimed Worcester/Boston area indie group The Orange Ocean. Formerly known as Walter the Orange Ocean, the group has headed in a new direction since streamlining to a trio (piano/bass/drums), delving more into the danceable sounds and rhythms of classic soul, R&B, world and pop music, all interpreted by a contemporary indie-rock band with a variety of influences. **The catalyst for the new album was the band's winning the Grand Prize in Cambridge recording studio Firefly Studio's first annual Battle of the Bands. The free studio time prize allowed the band the freedom to explore new sounds and recording techniques with engineer/producer Wes Switzer, special guests including a live horn section, blues guitarist Troy Gonyea (The Howl), vocalists and multilayered harmony vocal overdubs, and eclectic instrumentation. **A highlight of the album is 'The Love Within,' a slow ballad echoing the gentle intensity of Bjork, invigorated by a live string quartet arrangement, written and conducted by Emmy nominated LA television and film composer Joey Newman (Little People, Big World, Cars). Newman met the band on Myspace, and asked to be involved with the new album. Upon writing his arrangement to a demo recording, Newman gathered four friends who have played in orchestras for Josh Groban, Ben Folds and Bjork, among others, recorded in Firehouse Studios in LA and mailed the recording to the band in Cambridge where it was added to the album arrangement. **Early reviewers have called the album 'brilliant...full of lush-love pop for tired ears in search of strong lyricism, smart arrangements, luxuriant vocal harmonies and finger-popping grooves... here is a talent to watch' (Chet Williamson, Worcester Magazine). Live reviewers have called the band 'inevitably going somewhere' (C.D. DiGuardia, Northeast Performer magazine).

Here's what you say about
The Orange Ocean - Caught in the Air.