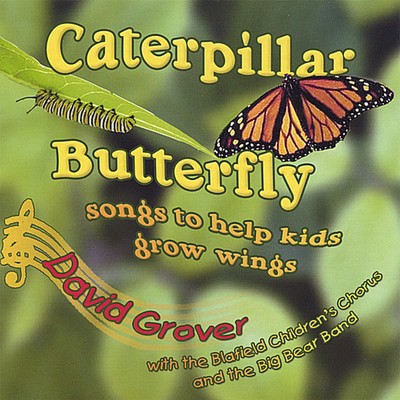 NCMP was started as a forum for the educational component of the music that I had been performing for many years. Over time I came to believe that there was an entire body of music that needed to be written and discovered to help children learn what our schools were trying to teach with only partial success. Reading, math, self-esteem, all of these subjects were perfect to learn through music because songs contain three enormously important elements: Repetition, group participation and fun! Because the nature of large institutions is to break down the educational process into small testable pieces, there will inevitably be students who don't fit into those compartments. The smaller the pieces become, the greater the chance of any student disengaging from the process. In my experience, the very nature of folk music is 'outwardly mobile'. The process of learning through singing is a combination of expressing yourself individually and feeling part of a group at the same time. It's a feeling of being part of something larger than 'I don't know this and they do', or equally 'I know this and they don't'. The journey I see for us is to share that experience with performances, recordings, and guidance for parents, educators and administrators. Working directly in classrooms has helped me to pinpoint the places in a child's school day in which music can play an integral part. Counting, reading, history, as well as building community through singing together are just a few of the benefits music bestows if done with thoughtfulness and a spirit of discovery. Though I've have spent many years singing and writing for children, it's very exciting to begin to build a repertoire of the kinds of songs that children need to make music more than a break from the day, but a part of their lives. Stay tuned, keep in touch, and Keep Singing! - David Grover Why Children Need Music: Children love music -- it speaks in a language that they instinctively understand. Play music and even the youngest of toddlers will start moving to it's beat. Music welcomes children into it's world inviting them to match it's pitch, sing it's lyrics, move to it's beat, explore it's harmonic dimensions, and understand it's message. Music makes children happy and is a creative means for self expression that integrates mind, body and spirit. Recent studies have even shown that children who are involved in a school music program perform better academically than children who do not. In fact a study by Stanford University found that children who have a music program once a week are four times more likely to win an academic award or be named to the honor roll; three times more likely to win a school attendance award, eight times more likely to receive a community service award and four times more likely to participate in a science or math fair. This 10 year national study, based on the records of 30,000 children in 30 locations from Hawaii to Massachusetts, extolled the virtues of music. A study of 1995 SAT college admissions test scores found that students who had studied music for more than four years scored higher than students who did not. Many studies have shown that singing improves speech, reading and the use of language. Music helps develop orderly thought, which also promotes good language. Our aim is to meet the musical needs of preschools and elementary schools across the country. Too many children have too little music in their life -- or in class. We seek to fill that gap. Music is a powerful instrument of education that fosters self-satisfaction and strong esteem in the children who create it. The door to music should remain open for every child as each is born with her very own musical instrument -- her voice. We want to hear that voice.

Here's what you say about
David Grover - Caterpillar Butterfly.