Have Gun, Will Travel - Casting Shadows Tall As Giants 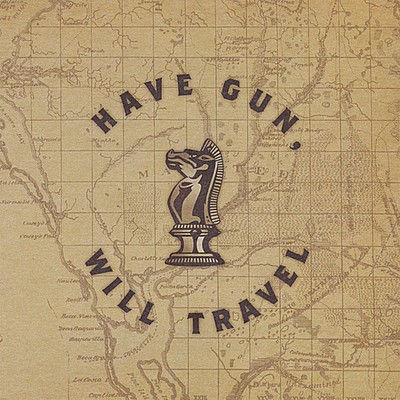 'The most important new alt-country ensemble in Tampa Bay' Creative Loafing Tampa Have Gun, Will Travel began as a vehicle for the songs of Matthew Burke, singer-songwriter and former frontman for Florida indie-rock trio The Chase Theory. Burke began writing and recording these songs at home, then performing them in front of crowds around the Tampa Bay area. By combining elements of folk, rock, punk, bluegrass, and traditional country music with an indie sensibility, the music takes on a style of it's own. Evan James from American Songwriter Magazine explains why HGWT's self-recorded, debut EP release was featured in the publication's 'Under the Radar' section: 'HGWT's self-titled EP is a testament to the fact that you don't need ostentatious artwork or $25,000 production to make it into Under the Radar; all you need is good songs.' What started out as a solo, mostly accoustic project has since evolved into a full-band effort. With the help of brother Daniel Burke on bass, drummer JP Beaubien, guitarist Nate Oliver and Josh Hernandez on viola, HGWT has established itself regionally as a force to be reckoned with. 'Come, All Ye Sinners' (track 5 on the new LP) was the 1 song on Tampa's WMNF Community Radio 88.5 FM for four consecutive weeks after being featured on the BAAMO (Bay Area Arts & Music Organization) CD compilation Cheatin Heart: Tales of Lies & Love. 'HGWT's freshly minted full-length debut, Casting Shadows Tall as Giants, ranks with anything on the national Americana charts. It's gorgeous acoustic guitar-based melodies are fleshed out with back-porch banjo, lap steel, viola, piano and harmonica. A taut rhythm section that occasionally operates in subdued rock mode propels the songs. The mostly traditional instrumentation, arrangements and production provide a supreme backdrop for Matt Burke's reedy, intimate singing about charlatan preachers, finding solace in a lover's arms and facing up to the responsibilities of growing older.' Wade Tatangelo, Creative Loafing Tampa.

Here's what you say about
Have Gun, Will Travel - Casting Shadows Tall As Giants.