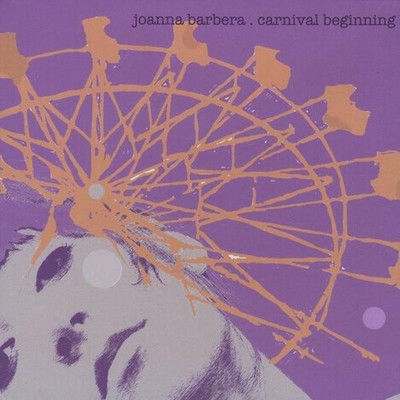 Joanna Barbera and her urban folk. 'All my life I've been an instigator,' she sings in 'Just as Well fair warning that Barbera's not content with labels or neat little compartments, though the Tori Amos/Ani DiFranco influence is evident. The smoky timbre of her voice wraps cozily around confident originals like 'Fat Face' and the Waitsian lope of 'Bus Stop,' just enough to inspire a return trip. -Margaret Moser, The Austin Chronicle She sings about her experience, but her creativity makes it so you can't know for certain. Joanna Barbera's ethereal lyrics, reminiscent of the songwriting styles of Tori Amos and Cat Power, work like an Expressionist painting - depicting nothing in it's exact form yet inducing overwhelming feeling in the listener. Live performances spur audience members to describe Joanna's style as nothing less than "pure." Meaning - what they hear sounds as if it's coming straight from the inside, no filter, no Polish needed. Raised in the New York City area, Joanna began playing music at a young age, saddled beside her grandmother on the piano bench while she reeled out old standards. Over the years, she took up the guitar and took the road, traveling from the east coast to the southwest and on further to the west coast, stopping in San Francisco, where her playing eventually landed her a regular headlining gig at the famed Hotel Utah. Currently, Joanna lives in Austin, Texas. "My songs are like my home," says Barbera, and she takes them with her wherever she goes. In Austin, Joanna has fastened herself a fine five-piece band. You can hear them regularly at the Cactus Cafe where she released her debut CD Carnival Beginning on January 21st, 2009 . When in New York City, Joanna's been known to play at beloved venues like Manhattan's Rockwood Music Hall and The Lit Lounge as well as Pete's Candy Store in Brooklyn. Her voice is a tender flame, lit bright and warm, but always heaving within it - the possibility of something dangerous as a burn; a dark sultriness. Whatever she is playing, Joanna always plays it in her distinct sound. Sparse, affecting, lingering, Barbera's music resonates like wind chimes on a Midwestern prairie. She writes to get closer to the mysterious contents of her being, her guts - and yours. And what she finds there, she will sing out to you with an intimacy that is as close as breath on your face.

Here's what you say about
Joanna Barbera - Carnival Beginning.