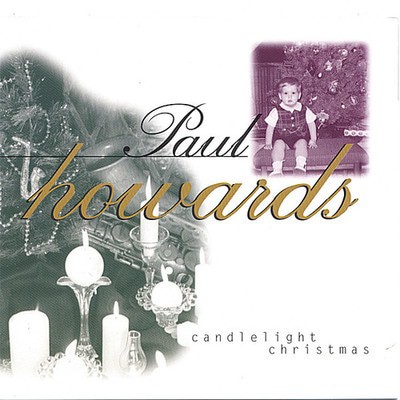 Paul Howards' style has been described as heartfelt, melodic, and seductive. Each of these elements is something on their own; together they're something else!!! And the classy, sincere delivery makes it just a little more; it makes it both very cool ... and very hot! In a genre where predictability too often takes precedence over innovation, Paul stands apart as a performer whose music makes a difference. Although you may not be aware of it, millions have heard the music of Paul Howards. The Saxophonist/composer/producer has played on more than 1,000 sessions for albums, films, TV and jingles. Born in Grand Rapids, Michigan, Howards' early sax life - he began playing in the school band at age 10 - involved being part of a highly decorated high school band ensemble which performed nationwide and in Europe (including the Montreux Jazz Festival). 'Playing sax was a natural thing for me,' he says. 'I fell in love with it from the very beginning. I remember finally choosing it over the French horn when, during a winter concert in which I played both, I put down the horn and did a solo sax concerto in the middle. I felt so connected to the audience. It's just a better means of expression.' He studied Music Education at Western Michigan University for two years before receiving a full scholarship to study studio music and jazz at the University of Miami. 'I grew up listening to everything from Led Zeppelin to Buddy Rich and pop radio. Later, I realized that the big band music was what led me to gravitate toward jazz ... Coltrane, Cannonball, and Miles. It was all about exploring what made me feel the best.' Paul has just concluded the Julio Iglesias world tour. As the only saxophonist in the group, he is a featured performer who stands out on both soulful ballads and Latin-based dance tunes. He has also toured and performed with Justin Timberlake, Black Eyed Peas, Aerosmith, Backstreet Boys, Britney Spears, N'Sync, Richard Marx, Donna Summer, Al Green, Samantha Mumba and Gloria Estefan. Never forgetting his listeners Howards says, 'While I'm always evolving as a performer, I feel my greatest asset is my ability to create strong melodies, which connect with audiences, and put on live shows that touch and energize people.' Festivals and Major Concert Events Include: Atlanta Summer Olympics, Jamaica Jazz Festival, Taste of DC, Montreaux Jazz Festival, Rockin Rio, Walt Disney World's Pleasure Island Jazz Festival, Jacksonville Jazz Fest, Sunfest, Coconut Grove Arts Festival, Birmingham City Stages, Clearwater Jazz Holiday, wrap party for "Midnight In The Garden Of Good And Evil" with Clint Eastwood and Kevin Spacey, Bayfest/Mobile, and the Naples Sunset Concerts Series. Television Appearances Include: 2004 Grammy awards, Saturday Night Live, Rosie O'Donnell Show, UPN Teen Choice Awards, Super Bowl XXV, MTV Music Video Awards, MTV Movie Awards, ABC Disney Christmas Parade, N'Sync/HBO Live from Madison Square Garden, Dick Clark's Rockin' New Years 2000, Steven Speilberg's Home For Christmas, Good Morning America, Tonight Show with Jay Leno, Today Show, Backstreet Boys' Disney Special, The View, BET on Jazz, Billboard Music Awards, and the WB Radio Music Awards. National Spots Include: Correct Craft, Miller Beer, Michelob Light, Gatorade, Heineken, GMC, Pizza Hut, McDonald's, AT&T Puerto Rico, Hawaiian Punch, Campbell's Soup, and Ace Hardware. National Television Usage Include: The NBA, Tonight Show, Dream On, Jenny Jones, Rolanda, Runaway with the Rich and Famous, Beverly Hills 90210, Days Of Our Lives, American Journal, This Week In Baseball ESPN, Discovery Channel, Fox Network, Disney Channel, NBC, Nickelodeon, Showtime, HBO, PBS, and CNN.

Here's what you say about
Paul Howards - Candlelight Christmas.