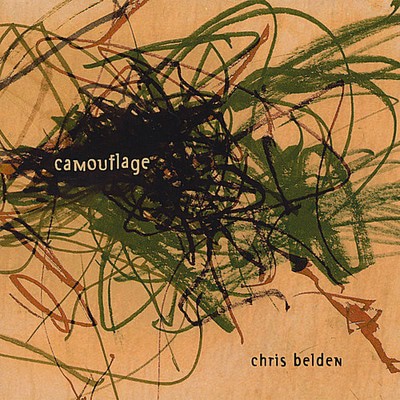 Born in Canton, Ohio-home of the O'Jays, Macy Gray and Marilyn Manson-Chris Belden grew up listening to the LPs his many older brothers left around the house, everything from The Beatles and Simon & Garfunkel to Allen Sherman and the soundtracks to Goldfinger and The Magnificent Seven. Chris was also heavily influenced at an early age by the films of Stanley Kubrick, Martin Scorsese, and such foreign greats as Ingmar Bergman. Then there were books, starting with The Hardy Boys and working his way through the thrillers of Alistair MacLean to the futuristic satires of Kurt Vonnegut and Anthony Burgess. How did all these influence his music? Who the hell knows-but surely they must have. Chris attended the University of Michigan, where he played drums in several bands, including the local favorites The Slang. It was in Ann Arbor that he met Joe Henry, then just starting what would become an illustrious career as singer/songwriter and producer. Chris played drums on Joe's first album, Talk of Heaven, and backed Joe up for several years at such New York City-area venues as CBGB, Tramp's and Maxwell's. Over the years, Chris has, in addition to songs, written fiction, screenplays and plays. His novel Squirt was published in 1999. His screenplay for the film Amnesia (co-written by David Henry) was produced in 1996, starring Ally Sheedy and John Savage. He has written and/or performed in numerous plays, including the 2001 NY International Fringe Festival hit The Ballad of Larry the Flyer. In 2004, Chris released his first full-length album, Songs About Anything, 'a gorgeous and unassuming collection of melancholy, romantic songs sure to make intelligent pop fans feel, visualize and reflect all afternoon long' (Intelligent Pop.com). Co-produced by John Hegner, the album featured a stellar cast of players, including Aaron Comess (of the Spin Doctors) on drums, Peter Calo (Ben Taylor, Carly Simon) on guitar, jazz composer Paul Aston on acoustic & electric bass, and Antoine Silverman (Lou Reed, Sheryl Crow) on violin. The release of Songs About Anything led to an interview on NPR's Sunday Weekend Edition, with Lianne Hanson posing questions not just about songwriting but about the craft of writing in general. Chris has finally completed his follow-up album, Camouflage. Also produced by John Hegner, the new CD expands on the first with tunes reflecting a diverse range of genres, from straight-ahead rock to soaring ballads to power pop. The lyric content explores not only the age-old topic of love but also politics, war and philosophy.

Here's what you say about
Chris Belden - Camouflage.