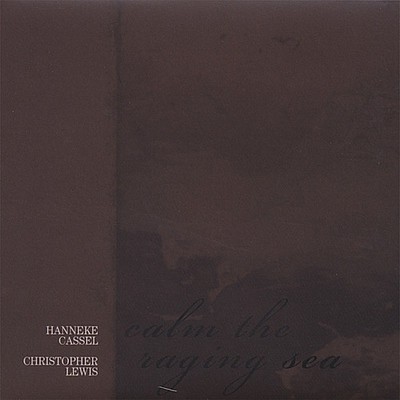 'Exuberant and rhythmic, somehow both wild and innocent, delivered with captivating melodic clarity and an irresistible playfulness,' says The Boston Globe about Hanneke Cassel's playing. Such charismatic fiddling has brought Hanneke Cassel many honors and awards. She is the 1997 U.S. National Scottish Fiddle Champion, she holds a Bachelor of Music in Violin Performance from Berklee College of Music, and she has performed and taught across the U.S., Scotland, Sweden, China, New Zealand, France, England, and Austria. In addition to her solo act, Hanneke has played for the Cathie Ryan Band, and is a member of Boston-based fiddle bands Childsplay and Halali. She has made guest appearances with Cherish the Ladies, Alasdair Fraser, Matt Glaser and the Wayfaring Strangers, Ensemble Galilei, Aine Minogue, and Joey McIntyre (from New Kids on the Block). Her fiddling has graced the stages of Boston's Symphony Hall (opening for Judy Collins), Mountain Stage, The Plaza Hotel, Lincoln Center, the Boston Hatch Shell, and the Kennedy Center Millennium Stage. Native of Port Orford, Oregon, Hanneke started playing classical violin when she was 8-years old. She met Portland-based fiddler Carol Ann Wheeler when she was 10 at an Texas-style fiddle contest. She soon quit classical, started taking fiddle lessons with Carol Ann, and began competing in contests throughout the Northwest. A few years later, Carol Ann encouraged Hanneke to learn some Scottish tunes. In 1991, Hanneke entered the Columbia-Pacific Scottish Fiddle Contest in Portland. She won the Jr. contest and went on a year later to capture the U.S. National Scottish Jr. Championship in New Hampshire. With this honor came a scholarship to study on the Isle of Skye, Scotland with the renowned Scottish fiddler Alasdair Fraser and Cape Breton master Buddy MacMaster. These two quickly became her fiddle heroes and continue to inspire her music to this day. Hanneke's interest in and exuberance for fiddling is a product of the ever-increasing presence of fiddle camps across the globe. The summers of her teen years were spent between Scotland, Mark O'Connor's Fiddle Camp in Nashville, and Alasdair Fraser's Valley of the Moon Fiddle School in California. She was inspired by the amazing musicians at these camps. Among them was Matt Glaser, Chair of Berklee College of Music's String Department. With encouragement from Glaser and Evan Price (fiddle camp friend, former Berklee student, and current member of the Turtle Island String Quartet), Hanneke set off for Boston in 1996 to attend Berklee College of Music on a string scholarship. She graduated in 2000 and continues to be an active member of the Boston music scene.

Here's what you say about
Hanneke Cassel - Calm the Raging Sea.