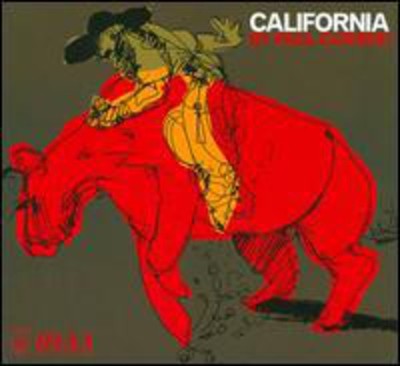 Contact: Mark Pucci (770) 804-9555 / [email protected] CHARLOTTESVILLE, VA - UK label Tin Angel Records announces an April 27 U.S. release date for California, the new CD from singer/songwriter/guitarist Paul Curreri. Already released overseas, California has been generating rave reviews: Uncut magazine gave it four stars; and MOJO described the album as "13 intimate, luminously produced tracks, and his multi-instrumental skills consistently impress...at their best, give (Dylan, Joe Henry, and Springsteen) a run for their money." Raised in Richmond, Virginia, Paul Curreri now makes his home in Charlottesville, along with singer/songwriter guitarist Devon Sproule. The two were married in May of 2005. California is Paul Curreri's first album in three years, the result of having to take off over 15 months when major throat surgery took him off the road and out of the recording studio. Prior to his surgery, Curreri had released four studio CDs and one live album in a span of five years. A noted producer, he's also helmed a number of albums in the last few years, including wife Devon Sproule's new CD, Don't Hurry for Heaven. At 13 tracks, California covers a lot of sonic ground. From the opening track's pounding piano drive, to the near uncomfortable honesty and simplicity of "I Can Never Return," Curreri fastballs a lot of sticky ideas at the wall. There's a fully improvised, fully belted, and fully unintelligible blues bash. Another number, "Off the Street, Onto The Road," opens with a phone conversation between Scott Joplin and Joseph Lamb. On the only track to feature a guest, Devon Sproule shows up for a gorgeous duet take on Michael Hurley's "Wildegeeses." Curreri even throat-sings at the tail of "I Can Hear The Future Calling." It's a damn blast, and as life-affirming as a Bob Marley album. "Oh man, here and there, all this forced time off whirl-winded me. I wasn't sure if I was a musician or a soccer mom or a bed bug," he admits. "But sometimes... it almost felt like a blessing. I realized certain junk isn't permanently within me, that there's peace to be found relatively close by, that some degree of - I don't know - grace is attainable, even if it kinda comes and goes." With a deeply rooted guitar style - seemingly flecked by Rev. Gary Davis, Bill Frisell, Ali Farka Touré, and Marc Ribot - Paul was Invited to travel to Kenya last September to participate in a collaboration between Western and African musicians. Now firmly back on the road again, he also guested on guitar for Sproule's tour last fall and followed that with his own UK dates. When asked how he managed to create such a forward-leaning, positive album while dealing with what many would regard as a career and personal crisis, he replies. "Well," we all live with hardship and crisis. But maybe it's the price paid for being surrounded by and involving oneself with only what feels authentic and important. I get to play music, even if - yeah - on occasion it's just at home. But I sometimes wonder if fishing for more doesn't rip something from someone who - for better or worse - wants or needs it more deeply."

Here's what you say about
Paul Curreri - California.