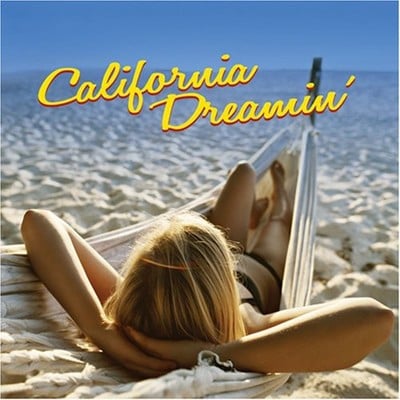 The Professional music career of Jim Hendricks began in Omaha, Nebraska in the early 1960's. As the story goes, one evening while singing in a local folk music club Jim met and became friends with Cass Elliot. Cass wanted to form a folk music trio and had already enlisted the talents of Tim Rose. After hearing Jim sing and play the guitar Cass knew that he would be the perfect third member! The group was formed and the called themselves The Big Three... The trio headed east (as all good folk singers do) and landed a job at the The Bitter End, a well known night club in New York City's Greenwich Village. The group continued to perform at The Bitter End and as their reputation grew, so did the offers. They soon 'hit the road' for a college tour with comedian Bill Cosby. From there came performances on The Tonight Show with Johnny Carson, The Danny Kaye Show and other television variety shows of the era. In 1964, as the 'electric' sound became more prominent and 'Pop Music' was slowly replacing folk music, Jim and Cass decided to expand the group. They added Denny Doherty a successful Canadian singer, and guitarist Zol Yanovsky. They called themselves The Mugwumps... Although The Mugwumps, were short lived, their place in Rock 'n Roll history is firmly established. They were the forerunner to the legendary group, The Mama's and Papa's. The pop music sound of the sixties had arrived! After The Mugwumps, Jim moved to Los Angeles to start a successful solo career. He began writing for Johnny River's publishing company, and in 1967 he penned his first million seller... 'Summer Rain'. This started a long friendship between Jim and Johnny and brought continued success with other hit songs like 'Muddy River' and 'Look To Your Soul'. In 1970 Jim met actor Michael Parks who was beginning a new TV series called 'Then Came Bronson'. Jim wrote the series theme song 'Long Lonesome Highway' and shortly after the song was released it became a crossover hit on the pop, country and adult contemporary charts. Jim went on to produce three records for Michael Parks with two of them reaching'gold record' status. Tiring of the L.A. life style and seeking a more pastoral setting, Jim moved to Nashville, Tennessee. During the 1970's and into the 1980's Jim toured with his family band and wrote several hits in the Contemporary Christian music field. They included 'The Mighty One Of Israel', 'New Wine' and 'From Glory to Glory'. Jim was soon approached by Ken Pennell, an A&R director from Benson Music Group, to record a series of instrumental folk and mountain music entitled 'Appalachian Memories'. This series would also include recordings of old-time gospel hymns and down-home Christmas music. The series quickly became a Benson best-seller! Also, as a Benson Artist, Jim recorded an instrumental western series entitled 'Under The Western Sky'. The Series included 6 western titles and like the'Appalachian Memories' series, it too became an instant success! But in the winter of 1996, changes began to unfold at Benson Music and Jim felt his business and creative goals would soon require a new direction. He met with Steve Swann, who had experience in the instrumental music market, and together they decided to start their own independent record label. Maple Street Music was formed. Most recently Jim has renewed his friendship with Johnny Rivers and has a cut on Johnny's new project. The song is called 'Blue Suede Blues' and was written as a tribute to the late, great Carl Perkins. Jim co-wrote this song with his wife, Vicki. Music keeps getting better and better for Jim, and as the classic song states... 'the best is yet to come!'......so stay tuned!

Here's what you say about
Jim Hendricks - California Dreamin.